Read this before swallowing the secularist drumbeat about Haryana Khaps 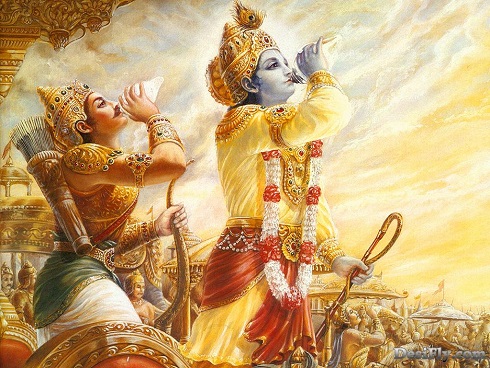 Over the last four or so years, the mainstream discourse about Haryana has proceeded along these lines: Haryana is the worst state in India and the Jats there are the vilest. The Khap Panchayat is an evil medieval-feudal system characterized by misogyny, is against love and brutally enforces its writ against erring members of the community.

This mainstream discourse carefully omits history—Haryana derives its name from “Hari,” who in his avatar as Krishna delivered the Bhagavad Gita on its soil. This discourse also conceals the enormously significant contribution of these Jats: that they always remained fiercely independent and stood up to the tyranny of the Mughals and never changed their religion under duress. This discourse also omits mentioning the fact that the British were always vary of them and ruled them indirectly—and like the much-maligned Thugges, ran a calculated and vicious slander campaign vilifying them.

And the English media, which has inherited this same colonial disdain for everything native—and schooled mostly under the “convent education” scheme of things—simply is content to utter grand pronouncements on things they neither understand nor care about. Indeed, most of the Delhi-based news houses apparently do not have enough fuel or the need to travel away from Noida to create TRP news. Most of these worthies don’t even know from where and  how the milk comes for their morning tea.

And so they need and pick on the easiest of targets—the faceless farmer of Haryana, who feeds 30 per cent of India but cannot speak and articulate to defend the honour of his community and people. The media and secularists show their gratitude by branding such folk as Khap Taliban whose only job is to go around committing honour killings.

And then there’s the other oft-talked point about female foeticide.  In the media’s eyes, it is Haryana and Haryana alone where female foeticide occurs, and the state therefore cannot be pardoned for its sins—all people of Haryana need to be shamed nationally. Jats especially should be shamed for suppressing their women.

Women form 22 per cent of Haryana, a state which is home to two per cent of the national population. But what the media doesn’t tell is the fact that these people continue to garner 40 per cent of medal tally in all various sports where they represent India.

And then in the wake of the Muzaffarnagar riots, the media introduced a new spin: they were no longer Hindu-Muslim riots. They morphed into Jat-Muslim riots. In one fell swoop, these beleaguered farmers no longer had a religion they could call their own.

Welcome to the new media where Judge Arnab Goswami and a handful of National Commission for Women members decide the fate of the Jats. And assuming there’s a shortage of food grains, vegetables, milk etc, the same Judges and Juries will blame the same Jats because they didn’t treat their women well and therefore, farm production declined.

This is only a different facet of the same ugly reality spawned by Indian secularism where the rustic and the real natives get their lives, thoughts, mores, lifestyles, thoughts, and even honour scripted by a few talking heads on TV. The subtext of the narrative is this: Khap Panchayats/Jats don’t have the language to control their own future and the media looks down upon people who don’t know English, and even worse, won’t give them the voice to defend themselves.

Indeed, do the media ever mention the fact that the Jats were the first to accept widow marriages? Jat women on the ‘Population-Medal Ratio’ fare better than their Australian counterparts.

Does the media also mention the fact that in the Hissar region, there is blanket ban on sending women for field labour in some Gotras? What it does mention is this: what is this Gotra System? Jats and other communities across the country prohibit same Gotra marriages as a check against inbreeding, a practice dating centuries ago. But a western professor at say the University of Leicester deems it primitive and backward, and lo and behold! Our media parrots this expert.

Everybody in Haryana knows that the Khaaps are the largest game organisers and it is the substrate that gets India all those international medals, but does the media mention it?

Even as we speak, a strict code is being developed by Khaap Panchayats regarding Women’s Safety in local buses, and they are far more effective than what passes off for law and order in the country.

Oh! The same Haryana that is home to these regressive Khap Panchayats invests the maximum in education, but the media only sees honour killings.

In the end, I leave the reader with this couplet:

(Krishna played the flute in UP, in Haryana, he went to war).