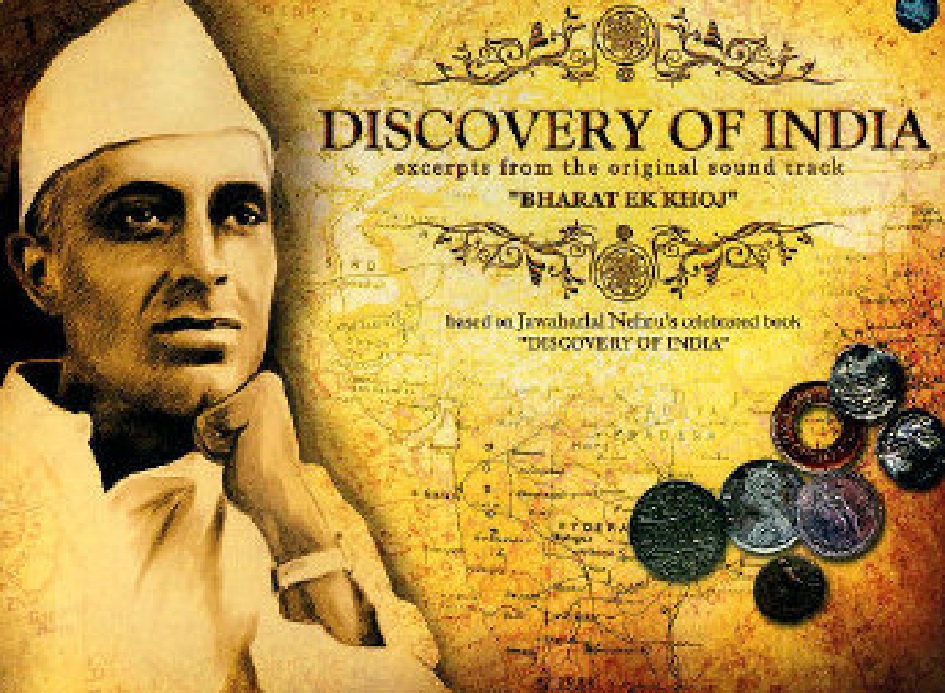 All areas of knowledge have to be periodically re-examined and rewritten in the light of new knowledge. History cannot remain exempt from this rule. History books in India still carry the baggage of colonialism rooted in racism and Christian biases like the Creation. Unfortunately Nehru’s influential book The Discovery of India carries forward many of these biases.The present series, to be called Rediscovering India, is meant as a corrective that draws on the latest findings in sciences like population genetics, natural history and archaeology.

It is commonplace to observe that we are living at a time of unprecedented change. Most of us have seen more change in our lifetime than what our ancestors saw in the thousand years before it. While this is most evident in science and technology, areas like history have not escaped the influence of change. And India being a very ancient civilization that has recently been subjugated by alien forces has suffered a lot of misrepresentation and distortion of its history and tradition.

It is important to recognize that Indian historians and history books still carry the weight of these distortions. In particular, they are heavily influenced by the personality and the ideas of Jawaharlal Nehru and his popular book The Discovery of India,which was an attempt to produce a history from an Indian perspective. Nehru though well-intentioned and gifted as a writer, was not a scholar, much less a researcher. As a result it carries the biases of his background and education.

What is needed is a new model for historiography or the methodology for the study of history, not a compilation of bits and pieces taken from secondary sources as Nehru’s book happens to be. These sources were also works by European scholars of the colonial era. Like most men of his background and education, Nehru disdained Indian scholarship unless it was as deferential towards Western opinion.There was no attempt at creating a historiography.

So we need to understand what went into the creation of the version of history that came to dominate Indian institutions for over 50 years. To begin with Nehru accepted the division of Indian history into three periods—Hindu, Islamic and British as done by colonial scholars like James Mill. On the face of it, it is absurd for the so-labelled Hindu period covered over 5000 years, the Islamic about 500 years and the British less than 200.

To this Nehru brought a personal bias—he failed to note that the Islamic rule was also colonial, in which the establishment was dominated by a ruling class of foreign origin, Turkish, Afghan and then Mongol.Nehru’s family had long served in the courts of Islamic rulers and had imbibed many of the anti-Hindu ideas of the Muslim ruling class. Like many educated groups of his time, Nehru and his family transferred their loyalties to and imbibed the values of the British rulers when they replaced the Mughals following the 1857 revolt, and prospered.

It was this double imperialism that shaped Nehru’s view of India. At the same time he saw British as foreign colonizers (as the Muslim elite did) while he accepted (or assumed) that Muslim had become Indianized and evolved a syncretic culture. The reality is Islam does not syncretize much less synthesize with anything. This will mean giving up its exclusiveness and acknowledge the legitimacy of other paths which it has never done and never will. In spite of this, Nehru for all practical purposes saw himself as an Englishman of Indian birth ruling India.

To interpret Indian history over such a diverse span in both time and tradition, we must distinguish the spirit of each era. We can begin by looking at ancient India going back to the Vedic era, which we may conveniently if not entirely accurately place 5000 years before the present. This period was characterized by concern for Dharma—in which each individual and group had both rights and responsibilities. This gave it a unity that was denied by modern writers beginning with Nehru who insisted that the British united India for the first time.

What we need to recognize something that Nehru and his followers never did—India’s unity is rooted in spiritual rather than physical or even political motivations. Its politics flows from its spiritual thought, deriving its inspiration from the Vedas. This was highlighted by two great modern thinkers, philosopher Ram Swarup and historian Sita Ram Goel.

Ram Swarup and Sita Ram Goel were at the forefront of thinkers who highlighted the spiritual basis of the Indian civilization. In this they drew upon ancient sources like the Vedas and the Mahbharata to modern sages like Maharshi Dayananda, Sir Aurobindo and Swami Vivekananda.

Transforming this into a historiographical framework for rewriting history is the best way of carrying forward their legacy.

India’s unity is of untold antiquity

There are many Western scholars as well as educated Indians, including Nehru, who hold that India was never a nation but only a collection of clans and communities in a geographical ‘subcontinent’. They further claim that Indians were united as a people for first time by the British.

This has two fallacies.

First, the British did not rule over a united India. Their authority extended over roughly two-thirds of India while the remaining portion was ruled by hereditary rulers — like the Maharajas and Nawabs — who acknowledged the British monarch as their sovereign but ruled according to their own laws and tradition. This means it is not India per se, but British-ruled India that was not a nation, but a patchwork or states. Second, although often politically divided, the goal was always to unite all of India under a single rule. It was seen as part of the ruler’s dharma.

In spite of this history, it was claimed by the British, and faithfully repeated by the Nehruvians, that the British unified India. This is completely false. The unity of India, rooted in her ancient culture, is of untold antiquity. It may have been divided at various times into smaller kingdoms and republics, but the goal was always to be united under a ‘Chakravartin’ or a ‘Samrat’. There was always a cultural unity even when it was politically divided. This cultural unity was seriously damaged during the medieval period, when India was engaged in a struggle for survival — like what is happening in Kashmir today. Going back thousands of years, India had been united under a single ruler many times. The earliest recorded emperor of India was Bharata, the son of Shakuntala and Dushyanta, but there were others. I give below some examples from the Aitareya Brahmana.

‘With this great anointing of Indra, DirghatamasMamateya anointed Bharata Daushanti.    Therefore, Bharata Daushanti went round the earth completely, conquering on every side and offered the horse in sacrifice.

‘With this great anointing of Indra, Tura Kavasheya anointed JanamejayaParikshita. Therefore Janamejaya Parikshita went round the earth completely, conquering on every side and offered the horse in sacrifice.’

There are similar statements about SudasaPaijavana anointed by Vasistha, Anga anointed by Udamaya Atreya, Durmukha Pancala anointed by Brihadukta and AtyaratiJanampati anointed by Vasistha Satyahavya. Atyarati, though not born a king, became an emperor and went on to conquer even the Uttara Kuru or the modern Sinkiang and Turkestan that lie north of Kashmir. There are others also mentioned in the Shatapatha Brahmana and also the Mahabharata. This shows that the unity of India is an ancient concept.

As just noted, the British did not rule over a unified India. Far from it, for their goal was not unification but division—to divide and rule. To this end they had treaties with the rulers of hereditary kingdoms like Mysore, Kashmir, Hyderabad and others that were more or less independent. The person who united all these was Sardar Patel, not the British. But this unification was possible only because India is culturally one. Pakistan, with no such identity or cultural unity, which Islam was supposed to provide, is falling apart.

Nehru’s legacy was both political and intellectual. His political blunders in Kashmir and Tibet for example and the Soviet style planning are recognized.But his intellectual legacy continues its hold even 50 years after his death. Here is Sita Ram Goel’s trenchant analysis of Nerhuism:

‘I view Nehruism as the combined embodiment of all the imperialist ideologies—Islam, Christianity, the White Man’s Burden and Communism. Communism that has flooded the country in the wake of foreign invasions.’

The present series Rediscovering India is an attempt towards eliminating this intellectual burden and bring a more balanced perspective by drawing on Indian roots and spirit. This can lead to an Indian historiography, rooted in Indian thought and spirit. This is the need of the hour.