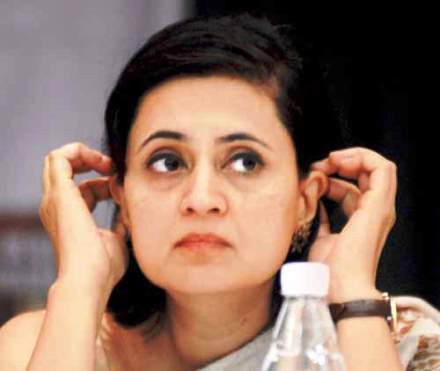 Criticizing the recent Supreme Court Judgment on Section 377 of the Indian Penal Code, where the SC held that the Section 377—which criminalizes carnal intercourse against the order of nature—does not suffer from any constitutional infirmity, noted journalist and TV news anchor Sagarika Ghose put out the following tweet:

Under Indian democracy, freedom of expression includes the freedom to criticize even the highest institutions of the land including the judiciary. There is no doubt that the judiciary like any other institution does not enjoy immunity from fair criticism.

However, scurrilous criticism, which tends to bring the reputation of the judiciary into disrespect can amount to contempt of court.

Here is a brief examination of the position of the Supreme Court on the issue in a catena of cases. Here is the general guiding principle related to criticism of the judiciary.

The right to criticize an opinion of a court, to take issue with it upon its conclusions as to a legal proposition, or question its conception of the facts, so long as such criticisms are made in good faith and are in ordinarily decent and respectful language and are not designed to willfully or maliciously misrepresent the position of the Court, or tend to bring it into disrespect, or lessen the respect due to the authority to which a Court is entitled, cannot be questioned.

However, this does not mean that anything that the court does cannot be questioned. Nor is the court under the assumption that it knows it all. This was elucidated by the Supreme Court of India in Haridas Das Vs Smt. Usha Rani Bainik & Ors on 16 July, 2007 (Emphasis added throughout):

No Court can claim to be always right although it does not spare any effort to be right according to the best of the ability, knowledge and judgment of the Judges. They do not think themselves to be in possession of all truth to hold that wherever others differ from them are in error. No one is more conscious of his limitations and fallibility than a Judge. But because of his training and the assistance he gets from learned counsel he is apt to avoid mistakes more than others. While fair and temperate criticism of the Court even if strong, may not be actionable, attributing improper motives or tending to bring Judges or Courts into hatred and contempt or obstructing directly or indirectly with the functioning of Courts is serious contempt of which notice must be and will be taken. Respect is expected not only from those to whom the judgment of the Court is acceptable but also from those to whom it is repugnant.

The purpose behind granting the power to the Courts to punish for contempt is explained in Halsbury’s Laws of England:

The punishment is inflicted, not for the purpose of protecting either the Court as a whole or the individual Judges of the Court from a repetition of the attack, but of protecting the public, and specially those who either voluntarily or by compulsion are subject to the jurisdiction of the Court, from the mischief they will incur if the authority of the tribunal is undermined or impaired. (Para 2 at page 21 of Volume-9 of Fourth Edition)

Courts all around the world have taken a very serious view of all acts that threaten to undermine the authority of the judicial institution and have punished the offenders.

In the famous English case of Jennison v. Baker (1972(1) All E.R. 997) the court held that “the law should not be seen to sit by limply, while those who defy it go free, and those who seek its protection lose hope.”

The position in India is not very different from that in England. Krishna Iyer, J. in his separate judgment in Re. S. Mulgaokar: (1978 (3) SCC 339) while giving broad guidelines in taking punitive action in the matter of contempt of Court stated:

…If the Court considers the attack on the judge or judges as scurrilous, offensive, intimidatory or malicious beyond condonable limits, the strong arm of the law must, in the name of public interest and public justice, strike a blow on him who challenges the supremacy of the rule of law by fouling its source and stream.

Also, in the recent case of  Haridas Das Vs Smt. Usha Rani Bainik & Ors on 16 July, 2007, Justice Arijit Pasayat of the Supreme Court observed that instances of using derogatory language against judges has become a favourite pastime of some people:

“Judge bashing” and using derogatory and contemptuous language against Judges has become a favourite pastime of some people. These statements tend to scandalize and lower the authority of the Courts and cannot be permitted because, for functioning of democracy, an independent judiciary to dispense justice without fear and favour is paramount… Judiciary should not be reduced to the position of flies in the hands of wanton boys. Judge bashing is not and cannot be a substitute for constructive criticism.

Seen in the light of the aforementioned judicial pronouncements, it appears that Sagarika Ghose’s tweet, which calls the Supreme Court Judge a crackpot has crossed all limits of constructive criticism and falls in the realm of a scurrilous, and nonchalant attack on the Judge and the judicial institution.

IndiaFacts verdict : That Sagarika Ghose maybe liable to be sued for contempt of court is True.