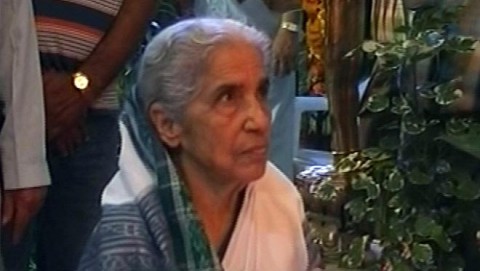 There is an unseemly clamour and competition among several prominent TV media anchors of NDTV and CNN-IBN among others, as well as prominent political analysts to whitewash the indefensible acts of malfeasance committed by Kamla Beniwal, former Governor of Gujarat during her political career as a leading light of the Congress party. Reproduced below is an excerpt from Wikipedia:

Kamla Beniwal and many former Congress Ministers and political leaders from Rajasthan were accused in the 1,000-croreJaipur Development Authority land scam. She was allotted prime land at low prices on the basis of false affidavits and documents.[2]

Dr Kamla Beniwal had claimed to be a farm laborer putting in 16 hours of work every day for the past 41,000 days according to the records of Kisan Samuhik Krishi Sahakari Samiti Limited (KSKSSL), a cooperative body in Jaipur. The land allocation was based on these records.[3]

After investigation, the Cooperatives Registrar of Jaipur passed strong strictures against KSKSSL. Its investigation also concluded that the samiti’s claim that they were farm labourers was false, and that the samiti had deliberately and intentionally given false statements and filed false affidavits.[4] [5] [6]

This issue was raised in the Rajya Sabha during the pre-noon sitting which led to stalled proceedings and the House was then adjourned for 15 minutes.

What’s important is that all of this information is available in the public domain. Yet, somehow, all of this information does not reach the formidable tribe of our media anchors and political commentators appearing on TV channels. The conclusion we can derive is that they either are pathetically ignorant or don’t do their homework. It is also a truism that they don’t try to update their measly knowledge,nor possess the ability to research and reach the truth.

The Kamla Beniwal clamour yet again illustrates the hollowness of our anchors to their claim to fame. They are just busy promoting falsehood and deceit using their false pulpits—the TV studios.

Indeed, these over-clever anchors and political commentariat deserve our collective salute for taking the public for a ride by their delusional debates and bluff and bluster.