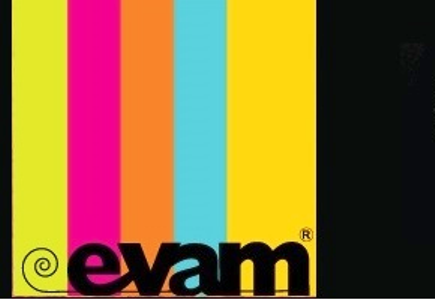 On 10 March 2014, online news and entertainment portal Scroll.in carried a news report describing how “Hindu extremists” got the Chennai police to stop the screening of the play Ali J.

The police advised Evam to cancel the shows scheduled for Sunday evening at the Alliance Francaise, Chennai, with “a view to maintain law and order and public peace” after the Hindu Munnani and the Hindu Janajagriti Samiti submitted a petition opposing it.

The report then goes on to quote Ali J’s director Sunil Vishnu who describes the plot of the play and claims that the play’s message is one of secularism and Hindu-Muslim unity. On the other side, the Scroll.in report also quotes Hindu Janajagriti Samiti (HJS) which petitioned the Chennai Police Commissioner to stop the screening because the play is anti-national.

The Scroll.in report seems to portray the issue to be one of a threat to freedom of expression when it quotes Sunil as saying

“It’s no longer a conversation about our play. Tomorrow, they could shut down any play they don’t like.”

When IndiaFacts telephoned Radha Rajan, one of the petitioners, a different picture emerged. A summary of the conversation follows:

1. We did not object to the play per se but to a few dialogues in the play that were patently anti-national according to the laws of the land. In our petition to various Tamil Nadu Government authorities (appended below), we have mentioned these dialogues. For example here are two :

Ajmal Kasab is in the cell adjoining one ‘innocent Muslim’ in jail and the innocent Muslim says this of Kasab: “he is courageous who is about to be hanged for his good deed.”

Bharati [Mother India] when we handed her over to Mohan [Mohandas Karamchand Gandhi] was pregnant meaning she had been raped. This in turn means the India which was ‘given’ to Gandhi was already raped by the Muslims–reference to Muslim/Moghul rule over India.

2. Both Evam and the director of the play had not taken prior permission from the police to stage a play that has such sensitive if not inflammatory and anti-national content.

3. When we showed our petition and the dialogues to both the Commissioner of Police and the Assistant Commissioner, both of them said they cannot allow the play to be staged.

4. When the Police summoned the director, he did not turn up. Instead, he sent two Muslims: one could not speak Tamil and the other could not speak English. After some conversation, the permission to stage the play was denied.

5. As is being made out by some sections in the media, we are not Hindu or any other sort of extremists. We don’t have any issue with Muslims. Nor is this about an insult to Hinduism. Our sole objection to the play is that it is anti-national.

In light of this, Scroll.in’s report appears to be mischievous because it hasn’t given complete coverage of the incident but has rather chosen to report only the version that Evam has put out.

I wish to bring to all your attention a scandalous play titled “Ali J’ which is scheduled to be staged tomorrow [9 March 2014] by Evam Theaters at Alliance Francaise on College Road, Nungambakkam.

This outrageous play has several offensive anti-national dialogues, two of the most offensive which I paraphrase loosely below:

Ajmal Kasab is in the cell adjoining one ‘innocent Muslim’ in jail and the innocent Muslim says this of Kasab – he is courageous who is about to be hanged for his good deed.

Bharati when we handed her over to Mohan was pregnant (meaning she had been raped). This in turn means the India which was ‘given’ to Gandhi was already raped by the Muslims (reference to Muslim/Moghul rule over India).

Smt. Uma Ravichandran, Smt. Uma Ananadan and I handed over our protest petition to the Inspector of the Nungambakkam police station this morning with other signatories also present.

Smt. Uma Ravichnadran and I went to Rippon Buildings and handed over the same to the Personal Secretary to the Corporation Commissioner who we are told is now vested with additional responsibility to maintain law and order in view of the elections.

This shameless anti-national play cannot be justified under any pretext, any reason which includes freedom of expression and artistic licence.

We request the TN government to not permit this play to be staged tomorrow at the Alliance Francaise and anywhere else in the state.