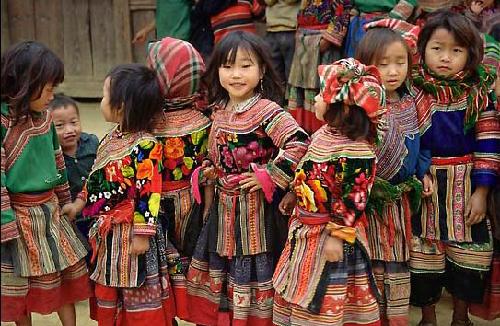 During the last couple of years been fortunate to attend festivals across India namely Sangai in Imphal, Hornbill in Kohima, Hampi, Jaisalmer Desert, Bundi, Dev Deepavali in Kashi and Trissurpooram in Kerala. These annual festivals attract lakhs of tourists, Indian and foreign. All except the last two are organised by State Tourism departments.

Artists who perform at these festivals are invariably from the State except in the case of North-East where they are from the seven sisters. After attending these festivals the question that came to mind is; can these festivals become a tool to showcase North-East India’s rich and diverse traditions in music and dance and promote its integration in a deeper sense?

Here are broad contours of some ideas.

The Government could organise an annual North-East Dance and Music Festival across the country in say at least ten cities. It could be a 5 day extravaganza with performances by artists from every north-eastern state.

Locally made handicrafts and textiles could be on sale too. For example did you know that –

The Bamboo based products of Nagaland are impressive too.

With time artists would get used to performing in front of different audiences. Next the group could perform in countries with large Indian populations.

Every time the Prime Minister has a Madison Square type of event, it could be preceded by a cultural events by artists from across Bharat.

What are the implications of such performances?

One, it would become a platform for artists to showcase their talent and a source of livelihood.

Two, travelling artists get an opportunity to see the rest of India and interact with people. This  breaks barriers and remove misconceptions.

People of Imphal and Kohima were happy to see PM Modi visit their festivals in 2014, perhaps the first time a Prime Minister did so.

Hornbill Festival Kohima. A smiling Modi reaches out to the Nagas.

When artists see better infrastructure and quality of governance in some cities they are bound to go back and demand the same from their respective State Governments.

Three, those living in cities get to meet people from every north-eastern state, understand differences so as not to ask questions like are you Chinese.

Special Events could be organised for school children. Seeing for yourself is more effective than what a text book teaches.

Four, these events could be used to promote tourism to the region. The author visited Manipur because someone from Silchar spoke very highly about the Sangai and Hornbill festivals.

Five, State Governments will become more aware – not make mistakes like Maharashtra did in 2013 when they excluded Arunachal Pradesh from India in published maps.

Eventually it would result in better understanding and appreciation of each other.

The second idea is let artists from all over the country perform at such festivals, majority performances would continue to be by artists from the state/region. Here are examples of how this will work.

Kalbelia dance Rajasthan performs in Manipur. This dance is also called ‘Sapera Dance’ or ‘Snake Charmer Dance’. Main performers are females dancers who dance and swirl, replicating the movements of a serpent to some very likeable background music. Dancers wear a long skirt called Ghagra. “It is black in colour with red decorative laces. Embroidery on the black dress resembles a black snake with white spots or white stripes”. To see video of dance http://www.kalbeliafolkdance.com/

Lhou Sha Dance Manipur be performed in Rajasthan. It is a performed after victory in battle or fight. “The Lhou Sha is a war dance performed at every confrontation between two villages. The dance form has been preserved as part of the tradition of the Maring community of Manipur and marks the conclusion of significant festivals”. Music and actions are very catchy.

PUNG CHOLOM  of Manipur is a visual treat and must be performed at every festival. The Pung, or Manipuri drum is the soul of Manipuri dance and is performed during Holi festival. It is a “Drum Dance i.e. a visual interpretation of the various rhythmic patterns played on the pung. In this dance, the drummer identifies completely with the intricate rhythms he plays on the drum and expresses it through corresponding body movements and footwork.” To see video https://www.youtube.com/watch?v=eNonBT6UBZM

Playing the drum the artist jump in air at Sangai Festival Manipur 2014.

Chenda Melam or Percussion Rhythm Kerala be performed across India. They play different type of progressions and have different names. It leaves percussion lovers spellbound. For many it was akin to being in a rock concert. To see video  https://www.youtube.com/watch?v=sX76F5KB4u8

Hozagiri dance Tripura is performed across India. “The dance is performed on occasion of Hojagiri festivals or Laxmi Puja i.e. held generally third day after Dussehra. The Goddess Mailuma, (Laxmi) is worshipped with full reverence and devotion on this day. The whole of the Huk or Jhum cultivation is exhibited through this dance.”

Some of what is suggested above is happening, a bit here and there. For example Manipuri Dance – Nupa Pala Sankirtan at Khajurah Dance Festival 2015. This needs to be extended to all north-eastern states, done at a bigger scale and in an integrated manner involving all States.

Since Vaishnavism has a large following in Gujarat and Manipur, Dandiya Raas could be performed at Imphal and Raas Leela in owns of Gujarat.

If handled professionally and passionately, it would be easy to find corporate support for the above events.

North-East is a great place to shop for handicrafts and local textiles. Necklaces, jhola bags, cane purses, paintings on wood to is what author liked in Kohima. Friends back home loved these gifts.

Girls from Delhi buy many beaded necklaces, that you see, at Hornbill Festival Kohima 2014.

The third idea is to get north-eastern states, besides Manipur and Nagaland, to start their own annual festivals. It could coincide with their most important local festivals. This would attract tourists, give local artists an opportunity to show their talent, become a medium for state level recognition and importantly integrate various regions of a State.

The Centre must lay down an overarching vision, lead from front, facilitate interaction between States, iron out disagreements and provide required funds.

If implemented in right earnest, these ideas have the potential to become an important tool for national integration and export of soft power.

The author is an independent columnist and travel photojournalist.