Sonia Falerio’s Sleight of Hand in the New York Times 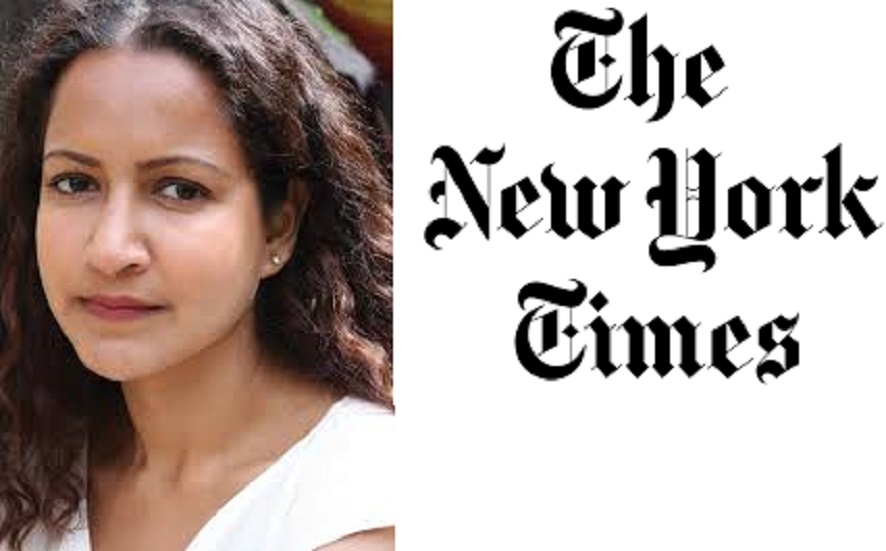 In June this year, the New York Times carried an opinion piece by Sonia Faleiro titled ‘Saving the Cows, Starving the Children‘. As is typical of op-eds and opinions in the NYT or The Guardian about India or Indians, a distinctly left-liberal voice from India was selected. Of course, there’s nothing fundamentally wrong about this selection except that there appears to be no balance whatsoever, and Indian authors aspiring for a socialist utopia get a lion’s share of op-ed space in Western media outlets.

Is someone appreciating free markets, economic and policy reforms, andless government in the lives of citizens an anathema to these publications? I will not dwell further on the politics of such media manipulation but will restrict myself to deconstructing Sonia Falerio’s its assertions to see if they hold any merit[Emphases added throughout this essay is mine]. We can begin by examining Falerio’s claim that eggs — a superfood that is about 10 percent fat and extremely high in protein. Now, what exactly is a superfood? As per the British Dietetic Association:

It is simply a marketing term that has become trendy over the last few years. Companies and marketing teams will often put whatever they can on a label to hook you into a purchase.Many claims can give us false expectations of the benefits or they aren’t fully substantiated.

In this instance, it is the egg which is a superfood. Evidently, a piece of hyperbole to sell Sonia’s point of view further. The interested reader may refer to more material on superfoods here and here. So, how do eggs compare to other foods? I scraped the USDA Food Database for their list of over 8000 foods and obtained this result:

The average protein content in a boiled egg is 12.58 gms per 100 gms. So what are some of the food items that have greater protein content per 100 grams? Dried egg white and its variants – which makes sense because that would be nearly pure Albumin, with an exceedingly high bio-availability, but also very expensive. Also, soy protein isolate, pork skins, peanut flour, or beluga whale if you want to go whaling in Alaska. As is evident, quite a few of these foods aren’t really practical to obtain for daily, mass use nor are they available in India, especially for a food program run by the government. Which makes us examine a list of items that could potentially be used in government food programs, either as is, or as raw materials for cooking. Here are some options.

It is clear that even Feta Cheese, which is extremely close to the Indian Paneer scores higher than the egg.

I suppose this partially answers Sonia Faleiro’s question as to what the alternatives to eggs as “superfood” are. I’m basing this on the assumption that government run programs, while aimed at increasing the nutrition content in a child’s daily food intake must also fulfil the following criteria:

Eggs are going to be an increasingly expensive commodity due to the rise in input costs. There has been a global increase in feed prices for poultry. Donohue and Cunningham write in the Journal of Applied Poultry Researchon the rise of input costs for US poultry firms. In addition, the FAO too, speaks about the global rise in poultry prices, stating that “almost all developing countries are net importers of these ingredients; the poultry feed industries in Africa and Asia depend on imports, which are a drain on their foreign exchange reserves.”

Next, Sonia Faleiro goes on to make another claim with regard to the recent ban on the slaughter of cows.

Another staple food was taken from the plates of the poor…beef.

This must count as a pretty audaciously misleading claim: beef a staple food of India? Claims like these, with no basis in fact, leave even a hard core carnivore like me mind-numbed. Can we reasonably define ‘staple food’ though?

Once again, we have the FAO to help us out.

A staple food is one that is eaten regularly and in such quantities as to constitute the dominant part of the diet and supply a major proportion of energy and nutrient needs.

The FAO lists staple foods in the Indian region to be banana, bean, chickpea, citrus, cucumber, eggplant, mango, mustard, rice and sugarcane, although this isn’t an exhaustive list given the vast geography and huge population of India and significantly varying diets. Nevertheless, the economics of meat production simply don’t allow meat to be a staple food in India, and especially not for the poorer sections of society.

Sonia Faleiro further asserts that Beef, unlike mutton and chicken, is cheap.

So, let us inspect the evidence on this claim.

This is a representation from the FAO of the Food Price Index versus Meat Prices. Meat Prices consist of different forms of beef, chicken, pork and turkey. This chart does make some sense though, given the recent burst in commodity prices for soy, corn etc. But let’s dig even deeper. First some data from the USDA.

Meat Prices – Beef vs Pork (US)

This graph shows prices in the US, where absolute as well as per capita consumption of beef is amongst the highest in the world. As we can see, except for a brief period in the 70s, beef has always been more expensive than pork even in a country like the US where the production and consumption of beef is so high.

Now what about the commodity markets? We have data from the IMF to help us.

Cows(and bulls) were never quite on the meat market in India as it is, and most meat eaters ordering a steak at a restaurant would know that they are going to eat a buffalo steak, which still is available incidentally – both in restaurants as well as in the wholesale market. Alibaba has a repository of such suppliers. Unless of course, if Sonia Faleiro’s contention is that Indian commodity prices are an island, and that they are significantly cheaper than global prices—in which case she has uncovered a massive global arbitrage opportunity. Next, we are informed by her that many Indians impose their food choices on children.

In India you are what you eat, and devotion to strict vegetarianism is a trait common to many upper-caste Hindus. Some wield their diet like a badge of their status. Others demand that people around them — like children and household staff members — eat as they do to maintain the purity of their kitchens. They will not visit restaurants that also serve non-vegetarian food for fear of being polluted.

What a travesty indeed! Such sweeping generalizations do pass off as the truth in the NYT because majority of its population is woefully ignorant about India. I have also heard that some parents also force their children to not have too much candy, force them to drink milk, and to eat broccoli in the US.

This apart, I don’t understand the point Sonia Faleiro is trying to make. Are children supposed to be making independent food choices separate from the judgement and values of their parents? If so, why stop at just food choices? Why not let 5 year olds decide what school they want to go to, and how late to stay up at night, or when to start taking out the car?

By the same token, are all those vegan parents in sunny California committing some kind of crime by bringing up their kids in a vegan home? Are Jewish parents feeding their kids Kosher food culinary criminals?Are Muslim parents preparing Halal food at home some kind of insidious racists? However, I am not one bit surprised by the quality of Sonia Faleiro’s article. Journalism in India isn’t a profession where ethics, quality or standards are expected or demanded – it’s a nepotistic, mutual backslapping club.

I do however, continue to be surprised by the likes of NYT and The Guardian promoting authors and journalists with this sort of blatant slant. Should India be known to NYT readers only via the word of prejudiced polemics? To draw a parallel, it would be as if the world’s perception of Americans was shaped only via the words of Noam Chomsky, Malcolm X and Michael Moore.

Prasant Sudhakaran is a data scientist with a background in Investment Banking and Management Consulting. He has an interest in open data sets and data journalism.