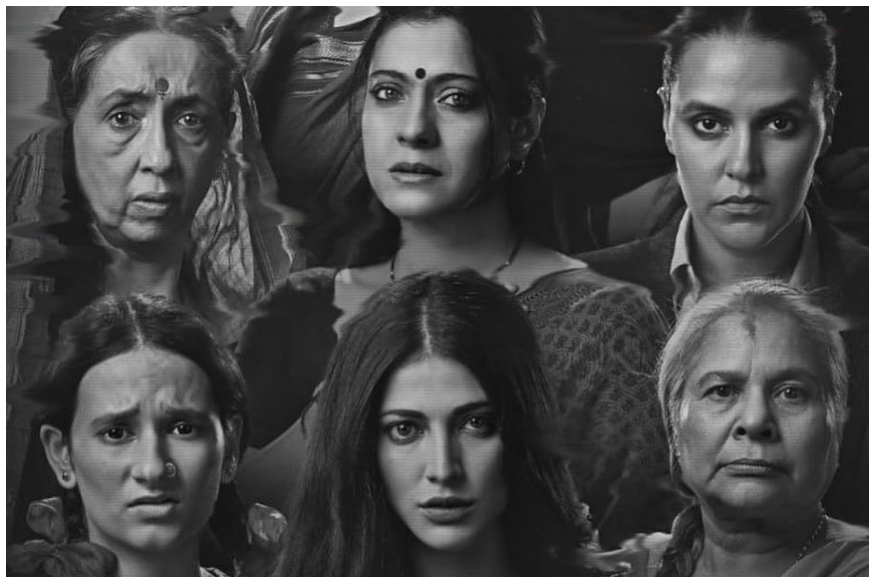 Recently, a short film called ‘Devi’ became quite popular which had Kajol amongst many other prominent actors, playing an important role. It has had eleven million views and some of the audiences’ reactions show how impactful the movie is. Some even express shame at India. It is a moving film about rape and murder victims in India. The disturbing factor is in the end credits when the writer informs that there are 100,000 backlog cases awaiting justice in India, and the conviction rate stands at only 32%. However, the most severe shock is when the director proceeds to make a judgement that ‘it is ironic that crime rates against women are higher in a nation where nearly 80% of the population worship goddesses.’ The final statement became more disturbing than the whole film put together.

S.N. Balagangadhara repeatedly talks about ‘colonial consciousness’ as a phenomenon prevalent in our intellectual and academic discourses. The past colonial stories remain alive in the social sciences of today when social problems conflate with religious issues. For example, a purely social phenomenon of varna and jati in the so-called ‘caste-system’ persistently has a divine sanction from the texts. The issue of rape is a crime with social and biological roots but somehow conflating it with our devis is a classic case of this ‘colonial consciousness.’ Again, gods and goddesses were false gods in the theological narratives of the colonial era; today they are the components of ‘polytheism of Hindu religion’. ‘Devi’ has nothing to do with the goddess concept of the West, but we will leave it aside for the moment.

Firstly, ‘80 percent of the Indian population’ automatically puts only the Hindus in the country in the docket. Hinduphobia is clearly evident in this bizarre statement, either by intention or by ignorance. Secondly, accumulating only one type of case in a single room and then extrapolating that the case is widely prevalent in society is simply bad statistics. Amartya Sen and Jean Drèze, prominent intellectuals, show emphatically in their book ‘India – An Uncertain Glory’ that rape in India as a huge phenomenon is simply fattening a thin person by layers of artificial padding. The number of rapes in India is much lower as compared to other countries.

Reporting figures from the UN Office on Drugs and Crime, Sen and Drèze inform that the incidence of rape in India in 2010 stood at 1.8 per 100,000. In the same year, the USA stood at 27.3 per 100,000, the UK at 28.8 per 100,000, Sweden at 65.3 per 100,000, and South Africa at an overwhelming 120 per 100,000. The incidence of rape as a generalized phenomenon in India is simply not true when compared with the rest, especially the Western world. Of course, there are variations in the exact definitions of rape in different countries. They may be countries that do not either report the numbers and even consider some aspects in definition as not rape at all. That certainly skews the world-wide picture, putting only the countries with a reporting system and strict definitions in the spotlight. But we assume the general meaning of the word to be uniform across all countries. A great criticism, when confronted with the numbers, is ‘under-reporting’. Under-reporting for any crime, including rape, is not a problem specific to India. Yet, even if we assume ten times under-reporting in India and absolutely no underreporting in the Western countries, we still have a hard time catching up with the US and UK. It would still be significantly less than in Sweden. The under-reporting must be thirty-six times before it reaches levels in Sweden.

Rape is a distinct phenomenon with biological roots. Attaching it to traditions, religions, cultures, or even education, is a classical bad statistical practice of conflating causation to correlation. With the same extension of logic by the movie makers, Sweden has one of the highest number of atheists and the highest literacy rates in the world. Would not that be an argument to show that a lack of belief in god/God is responsible for high rapes? The high belief in ‘devis’ may in fact be responsible for the lower number of rapes in India. How does one again make sense of Botswana rape rate of 92.9 per 100,000 in a population with 80% Christians? Or that 75% of Americans believe in God? Maybe, seeing God as a woman is more important in reducing rape rates. Correlations can lead to all kinds of nonsensical conclusions. Similarly, can we say that high education leads to more rapes in Sweden? We can always look for other factors in South Africa to attach it as a cause for high rape incidence in that land. To repeat, correlation is not causation.

Humans are different from the rest of the animal kingdom, and especially the primates, in only degree and not kind. We are genetically, anatomically, physiologically, biochemically, mentally, psychologically, emotionally, sexually, socially, and culturally almost indistinguishable from our nearest cousins – the chimpanzees. Chimps are closer to humans than orangutans and other monkey species. We have desperately tried to seek ways to put us apart from them. But what started with Darwin ends with the present innovative genetic studies—the wind is out from the myth and illusion of our so-called superiority. We are in no way different from the rest of the animal world. Our social structures have a lot of that animal hidden within. If there are a lot of animal traits in humans such as domination hierarchies, sexual obsession, territoriality, xenophobia, male domination, female subduing, violent tempers, and a mad willingness to fight, there are plenty of good points too. Willingness to learn and love, sharing, group cooperation to enhance survival are some of the things we have, attributes that are equally present in other animals too. An alien species classifying the living things in an impartial manner without the human prejudices would unflinchingly clump us with the chimpanzees and the orangutans, says Carl Sagan in his wonderful book ‘Shadows of Forgotten Ancestors.’ Evolution is blind and has no purpose; and in mammals, the discovery of sex has enhanced genetic propagation. However, it has come at a great price called mortality. It has been a hard bargain by Nature. Sexual reproduction is responsible for our mortality. A bacteria divides into two in an asexual form of reproduction and continues to live virtually forever.

Rape is a despicable crime; an extension of the obsession of the human mind with sex. The intellect and instinct of the human mind combine at this point of evolution to a curious mix of the ideal and the base, and there is no way that we can change it soon. This human mind is a product of evolution; it is perhaps the cause and effect of our existence and survival at this point in time. We must accept for what it is till we evolve further at a time of golden future of humanity; a future where the higher ideals become supreme and the basal instincts vanish. Sex is the most important driver of evolution that has pushed humans to the front. The association of sex with pleasure exists in other animals too but is unfortunately very strong in humans. Sexual thoughts loosely hang in the background for most normal beings. Much of the humour which circulates relate to genital organs or to sexual activities. The double entendre in books and movies still evokes the maximum laughter. It is almost a truism to say that the sex embeds deeply into our genetic make-up. There is no way we can get rid of this basic urge. Yet, most people can control or divert the basic instincts, and this might be one of the reasons for our going up a little further on the evolutionary tree.

It has been a constant endeavour of the human mind aspiring for higher spiritual realms to conquer the sexual urge. Adi Shankara repeatedly exhorts in his writings for the human mind not to get fascinated with the human body comprising of skin, bones, fat, marrow, and excreta. But the human body will fascinate; and titillate too, unfortunately. The expression of sexual thoughts in the form of rape is a far end of this spectrum. It is extreme behaviour. In such a condition of the human mind, can capital punishment ever be a deterrent? Capital punishment can only punish the individuals for the act, but it can never act as a message for society to become better. No Act or punishment works to stop an act of passion, especially when it relates to sex.

That is our unfortunate state of human evolution and we must wait for genetic mutations in a far distant future to become better human beings. It is not pessimism, but we must improve other areas before addressing capital punishment—safety mechanisms for women, easy reporting, and quick delivery of justice. We are severely deficient in all these areas. Looking at Sweden with 99% literacy rates, even the role of education in preventing rapes looks questionable. In fact, looking at the Indian story, worshipping women as goddesses might even immensely help in reducing the detestable crime called rape. The debate about capital punishment for bad crimes will go on forever; both the proponents and opponents have strong points to ponder about. As Amartya Sen says, there are issues with reporting, recording, investigation, security, policing, and conviction with ineffective judicial systems. However, this does not qualify India to be the rape capital of the world. Woman security is an issue that needs tackling, but the efforts are visible. Shaming in the name of creative freedom and by not properly looking at the issue from a larger perspective is intellectual dishonesty. One of the most horrendous crimes is rape; it requires the most severe form of punishment. However, the biological roots are so strong that this crime will keep occurring despite the grossest punishments to the convicted, including the death sentence. It is a mistake to bring devas and devis in the narratives and discussions about rape. There are far more important issues at stake and a simplistic statement about imagined ironies is detrimental to Hindu traditions and practices. Kajol appears to be an intelligent actor. It is surprising why she allowed the last statement, appearing innocent, but loaded with meaning, to spoil the effect of the entire film.