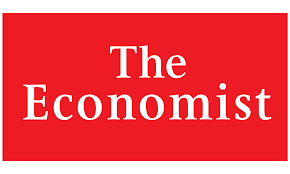 “India’s ruling party replaces a mosque with Hindu temple” headlined Britain’s iconic The Economist Magazine in its recent issue, cleverly eliciting, through malapropism, that history revealing Hindu struggle for truth is irrelevant and a scam as per western thinkers. In its usually absolutist tone, defiant of anything Hindu and truth, the magazine battered history itself on its pages with its words. Reducing the Ram Janmbhoomi Struggle to just last 30 years, egregiously terming Godhra 2002 as an incident “when a fire aboard a train” and implying that originally only mosques existed at both – Ayodhya and Somnath; is The Economist’s own puffery on chronic western hatred for Hinduism. Months ago, in its January 25th issue, editors of this high-flying magazine prescribed Supreme Court of the world’s largest democracy on CAA – which it deems to this day as a law ‘to favour Hindus’ only. “The Supreme Court, which this week declined to suspend the citizenship law, should heed this, show some unexpected spine and declare it unconstitutional,” it said in strongly commanding words. The weekly magazine, through its anonymously written essays, has almost always acted as a strong proxy for, what it deemed as, free values with an unstinted glamour of elitism.

The headline, expectedly, angered many including BJP’s Lok Sabha MP Tejasvi Surya who bestowed the magazine with the title of ‘a click baiting troll’. Seldom does any foreign publication finds itself in the middle of an ideological tug of war in India, but The Economist does quite often. From senior journalists, opposition politicians like Shashi Tharoor to senior & popular BJP leaders many have been part of that small tussle. The epitome of this was when INC leader Rahul Gandhi criticised the government by invoking The Economist’s cover story about women in India, during the 2018 Lok Sabha assembly’s No Confidence Motion speech. “Few days ago, it was written on The Economist magazine’s cover that India is not protecting its women,” he said. Apart from political differences, all of this also tells us about the significant influence The Economist magazine enjoys in India, unlike most other foreign publications whose editorials rarely manage to even pass beyond their own entourage circles.

This spawns a question – what makes The Economist a relatively more influential foreign voice in India? The magazine has always been known for its unique and authoritative writing approach – sternly commanding and strictly prescribing – with liberal insights and acrimonious understandings. This has given it a special spark to ignite the fire. The Economist takes great pride in its exclusive views and godly writings with the entertainment of little space for anything other than its own dichotomies. For the liberal order, the magazine is exactly the right kind of tool for democratic obfuscation – fawned as fiercely independent – and packs omniscient, though sometimes vainglorious, editorials which are stitched with strong prescriptions and self-assuredness. Which is also reflected in its vast, with over a million and a half subscribers, and still exclusive, elite liberal readership. For its most significant readers – the businesspersons in the quest for future investments – it has always been a highly revered magazine with a stable approach, informing the world all about a problem, it’s future and solutions in the same issue.

And as with all the influential voices, the magazine’s words, too, have consequences. The degree of those consequences depends on readers and their understanding of the magazine itself. And hence before concerning ourselves with the sternness and accuracy of The Economist’s facade, its important for us to get an understanding of it first. The New York City University historian Alexander Zevin’s work helps us to create that understandable portrait of the magazine. Along with the entire body, Zevin, painting with a thick bold brush, in his book ‘Liberalism at Large: The World According to The Economist’, portrayed an alluring yet disturbing face of the influential magazine; which we all saw in its India coverage too.

“Voters should recall that the BJP has experimented with policies that disadvantage other minorities, from low caste Hindus who defy the party’s view of other religion to speakers of languages other than Hindi,” wrote the writer/s, months ago in its January 25th issue, under chief editorship of Zanny Minton Beddoes, the first woman ever to hold the position. The magazine’s staff, who were showing grave concern over BJP’s alleged tendency of not respecting diversity, are mostly white and recruited overwhelmingly from the universities of Oxford and Cambridge, and a disproportionate number of the most important editors have come from just one Oxford college, Magdalen. “Lack of diversity is a benefit,” Gideon Rachman, a former editor and now a columnist at the Financial Times was quoted as by Zevin, explaining that it produces an assertive and coherent point of view.

The magazine was founded in August 1843 by James Wilson, aimed to disseminate the doctrines of laissez-faire and ordered the privilege of what he deemed ‘nothing but pure principles’. Wilson was a radically liberal man – who always held his paper as an independent voice – and always championed the cause of what he called ‘free market’. But his fanatical attitude towards laissez-faire didn’t prevent him from supporting his country’s military actions both abroad and in colonies. That made many, including Richard Cobden, to re-evaluate their trust in the magazine. But still, the magazine enjoyed substantial readership. It has always been the case with elites, even those who don’t agree with The Economist read it for its style and usefulness.

Reading the past, The Economist editorials of the 19th century would give us a disturbing colonial impression of them. Wilson’s Economist called Indians as someone exemplifying the “native character . . . half child, half savage, actuated by sudden and unreasoning impulses.” During the Irish insurgency of the 1840-50s, The Economist called for ‘powerful, resolute, but just oppression’ of the Irish. It continued that “the ideal of equal laws for England and Ireland is a delusion, a mockery and a mischief ….not till Ireland has trained and inured to respect and obey the laws by years of rigid and enforcement.” This is not something of just past, it has been the trend so far, and tells about a significant aspect of the magazine – when it’s about Britain’s interest of national security The Economist takes to somewhat nationalist approach but when it’s about other countries’ issues (such as India’s Kashmir) it takes to its usual radically liberal approach.

Every major publication has its own set of prejudices that can be seen on its pages. British interest over all others’ is The Economist’ one such prejudice. A historic reading of its coverage of India’s 1857 revolt against British leaves the impression that a majority of Indians were fond of British rule. “Three fourth of the Bengal Army – the whole of the Madras and Bombay – and the entire non-military population from Cape Comorine to the Himalayas, have stayed aloof…could there be stronger evidence that, in spite of numerous errors, British rule is regarded by the natives of India as a blessing rather than a curse?” It said. The Economist Magazine, being a self-defined lodestar of liberalism, was once unwaveringly firm on the view that ‘laissez-faire may best be furthered through the barrel of a gun.’

When Cold War liberals like Raymond Aron were questioning the efficiency of western-style liberalism in re-emerging Asia and Africa, The Economist was still absolving the global narrative through its century-old dichotomy of ‘free’ and ‘unfree’ world. For the Economist even liberals like Amartya Sen would be pale and, as in its high-priest 1843 founding opinion, unfree. The Economist always chose sides, based on its dichotomies of pure principles, and judged right and wrong solely on the basis and level of its purity.

After The Economist’s cheerleading for Margaret Thatcher and Ronald Reagan’s embrace of neoliberalism in the 1980s – which led to a dramatic rise in its American circulation (Reagan personally thanked the magazine’s editor for his support over dinner.) – It quickly readjusted to Pax Americana, finding a new elder brother in the U.S. and, as Historian and former staff writer Hugh Brogan, recalls started covering the American interventions abroad, right from Vietnam, as “pure CIA propaganda.” The Economist euphemized the war’s horrors, characterising the My Lai massacre as “minor variations on the general theme of the fallibility of men at war.” By 1972, following the saturation bombing of North Vietnam, the magazine was complaining that Henry Kissinger was too soft on the North Vietnamese. All this made The Economist’s reputation in the other world as some western hegemonic magazine who is too high on its hubris and too prone to skulduggery.

In other instances, Robert Moss, one of the most prominent over-zealous social justice warriors for the magazine in the early 1970s, arduously stirred global opinion about the military coup in Chile in 1973, which brought down its democratically elected leader, Salvador Allende. In Moss’s view, “Chile’s generals reached the conclusion that democracy does not have the right to commit suicide.” (The generals expressed their gratitude by buying and distributing nearly ten thousand copies of the magazine.) Allende’s death made the magazine, or at least some people of it, very happy. Alexander Zevin wrote that, when news of Allende’s death reached Moss in London, he danced down the corridors of The Economist’s office, chanting, “My enemy is dead!”

The Economist defended the neoliberal dogmas in the 2008 global economic slowdown and dislodged the burden of the crisis on people rather than the system itself – “the people running the system, not the system itself, are to blame”, it said in its classic style. Compare it to its sharp radical view of India’s current economic situation, where it openly blames BJP’s ‘sudden rush to advance the Hindu nationalist items’ as one of the reasons for the country’s backtrack, and you can openly spot the hatred for assertive Hinduism. Years of heaving into the same bivouac camps, where plans for the destruction of Hinduism are charted, has displayed its influence, one more time.

With time, the political-economical thinking, social paradigms and values change and to get an understanding of foreign publications through these historic assessments of a magazine as old and liberal as The Economist has many of its own sides – but all dripped with Hindu hatred alone. Historic stances help us to create an image, however hazed and blurred, of the western thought which is the propeller of constant charade against India. Some facts are undeniably insights into the magazine’s squinted agendas like its treatment of colonized Irish and Indians, endorsement of war for laissez-faire, stand on American adventures in other nations and now the one-sided hateful analysis of Hindutva. And when the magazine’s editorials disseminate stern commands, self-assured of its righteousness while ignoring its own historic caveats, it ideally should be revealing about the global intellectual roping mechanism, where goodness is roped for hatred, but in reality, it does much more and reveals about a global aspect of liberalism – the toxic ignorance. It is perfectly understandable of Indians – especially Hindus – to be polarised against such kind of foreign publications. Next what we must ensure is the application of this polarisation on practical grounds and seek to damage such foreign publications – or else all this exposition of these foreign publications would be nothing more than the hunting of the snark.