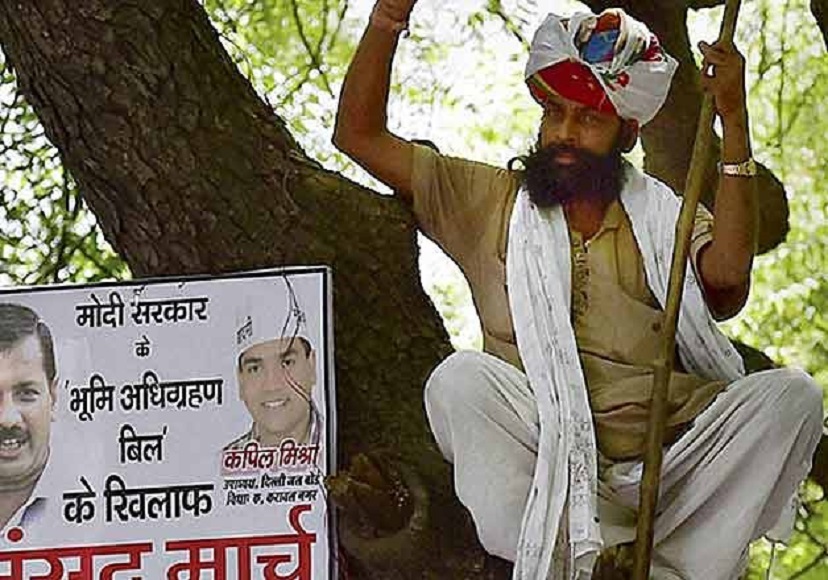 Delhi Chief Minister Arvind Kejriwal is indeed an inventive genius.  The maverick leader of the shadowy political outfit  has proven to harbour way too many tricks up his sleeve.

A recent incident proves how he brandished yet another new trick. After Kejriwal and his teammates got embroiled in the infamous case of abetting the alleged suicide of Gajendra  Singh, a farmer from Dausa, he rushed his trusted lieutenant Sanjay Singh on an SOS mission to silence the potential witnesses against the Aam Aadmi Party. Multiple telecasts of the echoes of the hostile voices of the family members of the deceased farmer made Kejri  realise that there was only one method of  escaping the criminal charges against his party—mollify the likely witnesses.

And so Kejriwal decided post haste, to  send a cheque of Ten Lakh Rupees from his party to the family of Gajendra Singh on the spurious plea of helping them in their hour of distress. After consulting legal experts, Kejriwal and his associates had become aware of the gravity of the crime they had committed. The fact that punishment for abetment of suicide could result in  imprisonment for three years, prompted the AAP leaders to opt for the legally questionable road of influencing the witnesses.

Prima facie, the dirty trick devised by Kejriwal has helped the AAP to some extent by softening the hostile attitude of the family members of Gajendra. In addition to the hefty financial help,  Kejriwal also bowed to the demands of the family members of the deceased by agreeing to declare Gajendra Singh a “Shaheed Kisan”  and promising a government  job to one of the dependents of the hapless farmer.  Unfortunately for the leading lights of the AAP, the story does not and will not end there.

In the eyes of the law, what Kejriwal has done is nothing short of open bribery aimed at obstructing the administration of justice which is an offence punishable under Section 214 of the Indian Penal Code which forbids the offering of any gift or property in consideration of screening an offender from punishment.  Here’s the text of Section 214 of the Indian Penal Code:

Kejriwal now rushed the Sub Divisional Magistrate of Chanakyapuri to the mortuary in a bid to prevent  the timely post mortem of  Gajendra Singh. The SDM advanced the plea that as he had been ordered by the Delhi State government to conduct a magisterial inquest into  the death of Gajendra Singh, the post-mortem should be done only after his approval.

However, this bluff initiated at the instance of Kejriwal was nipped in the bud by officers of the Police Commissioner who asked the SDM to produce a copy of  the order of the District Magistrate authorizing him to conduct  the proposed inquest. Apparently, by recourse to verbal orders, the SDM had been made to rush to  the mortuary in a clumsy bid to forestall the post-mortem even before the formal orders for magisterial inquest had been issued by the District Magistrate.

Of course, we haven’t seen the last of such skulduggery by Arvind Kejriwal and his anarchist group which goes by the name of a political party. Their record—short as it is, has been consistent in openly chaffing at the Constitution and democratic institutions and procedures.Ultimately, it is time for Delhi voters to ponder over their choice of a wonky Arvind Kejriwal as their Chief Minister.