The threat of Islamic Radicalization in India 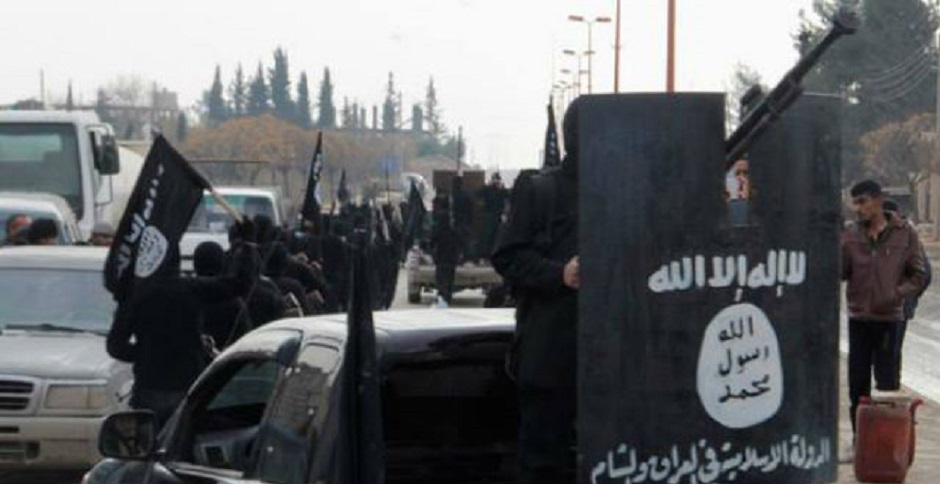 On March 19, India’s Home Minister Rajnath Singh, told a counter-terrorism conference in Jaipur: “Indian Muslims are patriots and are not swayed by fundamentalist ideologies. Extremism is alien to their nature.” Rajnath Singh’s statement was in consonance with the standpoint articulated earlier by Prime Minister Narendra Modi, who told journalist Fareed Zakaria last September: “Indian Muslims will live for India and die for India. Al-Qaeda is delusional to think Indian Muslims will dance to its tunes.” Speaking about the threat of the Islamic State, or ISIS, the home minister also remarked: “According to our intelligence agencies, just a handful of Indian youths have joined the ISIS and some have returned after being persuaded by their families.”

Through both these statements, the Indian government is conveying some vital messages to the public: one, Indian Muslims are law-abiding citizens and are indeed patriots; two, Al-Qaeda and the ISIS are not a serious threat to India. It can be argued that the Indian government is right to convey these messages, as ordinary citizens in any country, not just India, are never a threat to the law and order. Also, the jihadist organizations can never take over our societies, our cities and our governments. Rather, they will remain a terror group, surviving in the dark alleys of our streets, trying to connect with disaffected youths and occasionally explode a bomb. The only real jihadist threat to India could emerge when Pakistan collapses, especially if the Taliban mutate into an ISIS-like force and start targeting Shia Muslims. Even in an extreme eventuality, India has military preponderance to deal with such a situation. Indian military is a 24×7 antibiotic which works for the security of Indians non-stop and very effectively.

However, India must not slip into its default co-existence consciousness. India’s experience with its celebrated co-existence and pluralism shows that we have co-existed with Maoist terrorism for more than half-century. It also means that the Pakistani military’s Inter-Services Intelligence (ISI) continues to recruit Hindus and Muslims alike for terror and espionage. A simple Google search reveals that Indians were routinely arrested over the past decade for coming in contact with ISI in different parts of the country. India must not get complacent about the terror threat for the following reasons: the 26/11 attacks on Mumbai demonstrated that a group of just ten jihadists can join hands and launch a major attack that can strike at a nation’s confidence and create insecurity in a major metropolis; the 9/11 attacks demonstrated that a group of 19 terrorists can join hands with a few others and alter the course of foreign policies of dozens of countries for several decades.

When security analysts warn of jihadist threats, the argument is never that all Indian Muslims, or all Muslims of any country, are terrorists. Most often three categories of people advance the argument that all Muslims are terrorists. One, well-meaning liberal apologists and secular writers transport their fears into mass media by arguing that all Muslims are being labelled as terrorists. Two, anti-Islam extremists who openly argue that all Muslims are terrorists because Islamic scriptures teach them to be so, though there is ample proof that most Muslims do not follow the Koran which however does not mean that there is no problem with the classical Islamic texts. Three, Muslims themselves, acting out of their own insecurity, begin to think and argue that all Muslims are being labelled as terrorists. All the three categories of people fail to acknowledge that real Islamophobes are individuals like Abu Bakr Al-Baghdadi, Mullah Mohammad Omar and Ayman Al-Zawahiri whose actions create fear of Islam among non-Muslims. The third category is especially relevant to India where Muslims are boldly reluctant to abandon the label of minority, as it accords the Muslim community leaders some benefits from the Indian state.

On January 8, this writer appeared on a program hosted by journalist Ravish Kumar on television channel NDTV India. During the discussion which was focused on the jihadist attack a day earlier on the French satirical weekly Charlie Hebdo, Ravish Kumar was longingly insistent that all Muslims are being labelled as terrorists and also argued that when a school is attacked in America, Western countries do not call the attackers Christian terrorists. A serious discussion of such debates and ground realities brings out contrary points. For example, in Pakistan itself not all attackers and bombers are called Islamic terrorists, jihadists or Islamists. Notably, the Balochi rebels fighting for the independence of Balochistan from Pakistan are Muslims but are not described as jihadists because they do not intend to impose Sharia rule. So, only those Pakistani attackers are called jihadists or Islamists who describe themselves as jihadists or are fighting to establish Sharia rule.

The threat of ISIS-like jihadists emerges from the domain of ideas, and it is not clear if the Indian government even knows how Muslim societies are growing within India when Rajnath Singh says that Indian Muslims are not “swayed by fundamentalist ideologies.” When the home minister says that “just a handful of Indian youths” joined the ISIS, the people of India have a right to know how many Indians joined the jihadist group. To be fair to the Indian government, it is possible that it is unaware of the accurate picture. The Indian people’s right to know is not a legal concept but it emerges from their ideal of liberty: while the autocratic countries of China and Saudi Arabia can crush their way against the jihadists, India is a democratic country that derives its strengths from law and people. The jihadist threat should be known to the citizens who are the first line of defence. “The war of terrorism has to be fought by the society,” said India’s Minister of State for Home Kiren Rijiju two days after Rajnath Singh spoke.

It is worrying that Indian journalists are publishing numerous reports that attribute these terror-related developments to anonymous intelligence officials. This cannot be an acceptable situation as we nurture the republic for our children and their next generations. Journalists are themselves not at fault for attributing reports about jihadist threats to anonymous intelligence officials. Most often, journalists fail to find reliable information. It has been a sad spectacle over the past decade that even a constable felt empowered to utter ISI in terror cases. On a priority, the Indian government must do two things: one, issue a guideline to the media not to attribute any terrorism-related threat to anonymous administrative and intelligence officials; two, create a federal information agency that obtains realtime information about all kinds of terrorist incidents and delivers vetted information to journalists and key government leaders in the states and New Delhi. Such an information-flow mechanism will prevent media spectacles and embarrassments like the one seen in the recent exploding of a boat, off the coast of Gujarat recent. Media practitioners, through their acts of reporting and debates, create and nurture an open society. Their work also needs to be facilitated in a healthy way.

Indian government officials must also grasp that fighting jihadism and terror threats must happen in a way that the public is fully aware of: this is the benchmark of a vibrant democratic republic. The people will support the government. Elsewhere, this writer has argued that India must update its laws to include prevention of radicalization, both online and offline; and a system of sting operations must be created that allow intelligence and police officials to catch youths as they enter the terror’s recruitment tunnel. For a democratic republic like India, it cannot be acceptable that people are killed in encounters: fake encounters leave a bad precedent, damage the morale of intelligence and police officials, corrode the republic’s soul and undermine India’s commitment to create a free society for its citizens. Compared to encounters, sting operations are procedured under law and abide by the constitution. If America is safe today, it is not because of the U.S.’s global strategy, but because of the work of transportation security officials and sting operations by police.

[pullquote]The 9/11 attacks demonstrated that a group of 19 terrorists can join hands with a few others and alter the course of foreign policies of dozens of countries for several decades.[/pullquote]

Over the past year or so, Indian Muslim youths based in Australia and Singapore travelled to Syria. Famously, four youths from Mumbai flew as part of Shia pilgrims for Iraq where they joined the ISIS. More than a dozen Muslim youths from Hyderabad were stopped in Kolkata as they were headed for Iraq. Indian youths also travelled to Pakistan-Afghanistan region through the India-Nepal corridor and afterwards some of them joined the ISIS in Syria. Some Indian expatriates based in Saudi Arabia, UAE and other Middle Eastern countries joined the ISIS. It also appears that some Indian Muslims based in the U.S., the UK and other Western countries established contacts with ISIS.  Last year at an event in Assam, Rajnath Singh said that 18 Muslim youths were attracted to ISIS. Over the course of past twelve months, Indian media reports have put the number of Indian Muslims joining the ISIS and Al-Qaeda from a few dozens to 300. Days around Rajnath Singh spoke in Jaipur, Fahad Shaikh, one of the Indians fighting for ISIS, called home in Mumbai: “I am happy with my jihadi work, I won’t come back to India.” Know the enemy, know its enterprise and debate it in a very public way.