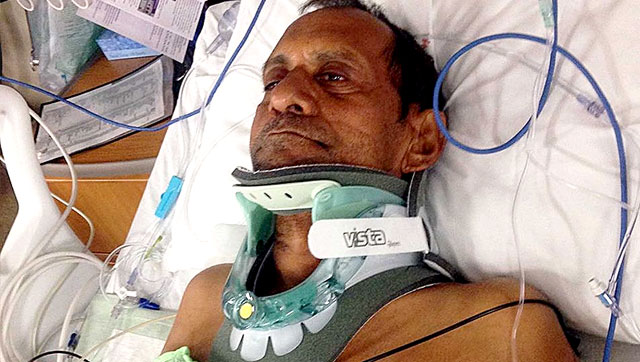 Report: Intelligence sources have received reports of Jihadi outfits lending concrete support to the furthering of Maoist activities in the state of Kerala. Central Intelligence forces have issued strict directives to state bodies to conduct deeper investigations into any suspicious move that occurs. It was earlier reported that Maoist activities in North and South Kerala are being staunchly supported by Jihadi terror groups of Pakistan and Bangladesh. It is in this context that the investigations related to their Kerala roots deepened.

Report: Police arrested thirty Hindu Munnani members for conducting ghar wapsi (homecoming) event at Thudiyalur, near Coimbatore, on Friday evening. Four members of a Christian family were “reconverted” to Hinduism at the event. The incident comes close on the heels of Christian religious heads condemning the sudden spurt in reconversions in Tamil Nadu.

Report: It started out as a morning walk, but ended up with a 57-year-old grandpa laying partially paralyzed in an Alabama hospital bed. Sureshbhai Patel, who is visiting from India, needed spinal fusion surgery to repair damage to his back after his family says a police officer in Madison twisted his arm and forced him to the ground. Officer Eric Parker was arrested on Thursday, Madison police Chief Larry Muncey said. Parker faces a charge of misdemeanor third-degree assault. Parker turned himself in to sheriff’s officials, the chief said.