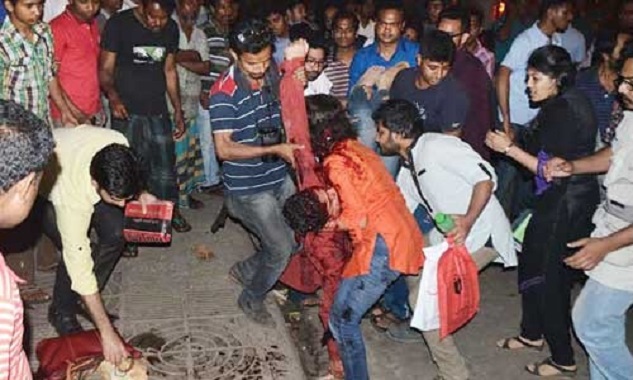 Report: Here is the story of a Hindu family from a frugal background, living in perpetual terror and fear of Jihadist attacks, just because their son fell in love with a Muslim girl and married her. Faced with an onslaught of death threats, the family has fled their native place and now leads a nomadic life in stealth, in various lodges. It was almost a month ago that Sunil married his neighbor Shiney, daughter of Naushad in a temple in Tamil Nadu, according to Hindu rites. Fearing a backlash, the couple eloped. The wedding which took place on 23 January was registered on 28 January.

Report: Popular BJP MLA from Goshamahal Constituency (Telangana), T Raja Singh Lodh and his family members have been recently receiving multiple death threats the latest being on 18 February. Shri Thakur has submitted all the details of these threats to the officer in Mangalhat Police Station on 19 February and demanded a thorough enquiry in the said matter.

Report: An eleven year old girl in Telangana was allegedly made to stand for two hours outside her school principal’s room as punishment for wearing a “tilak” on her birthday.The child, a student of St Ann School in Tarnaka area of Secunderabad was so badly affected by the incident that she refused to go to school for a few days, her parents have complained to the state human rights commission.

Report: A Hindu temple in the US has been vandalized with several windows broken and the word “fear” painted on its wall, the second such incident in America’s Washington state this month. Vandals used bricks to break several windows and then painted the word “fear” on the wall of the Kent Hindu Temple late Thursday night. Members who came to worship last night were greeted by shards of broken glass after vandals targeted the building.

Report: Eminent Blogger and writer Avijit Roy had been killed and his wife (also a blogger)Rafida Ahmed Bonna, severely injured when unidentified Islamic miscreants hacked them at TSC of Dhaka University on Thursday night. Roy was a prominent advocate of the free thought movement in Bangladesh.