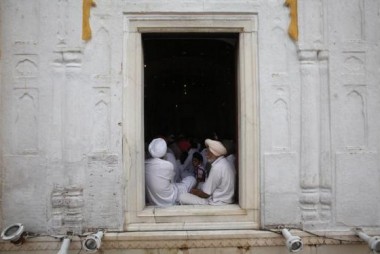 Report: In yet another incident of propaganda of other religions on Tirumala Hills, the TTD vigilance staff on Wednesday detained a contract employee working at a Prasadam distribution counter for holding a Bible in his bag. During a preliminary inquiry, the employee told the vigilance staff that he had got the book from members of a missionary during his journey on a train a fortnight ago.

Report: A red alert has been sounded in West Bengal during Durga Puja, fearing terror attacks by various Islamist outfits, which may resort to such strikes to disrupt communal harmony.With Indian Mujahideen  (IM), sleeper cells of SIMI and various terror outfits from across the Bangladesh border operating in the state, the Central intelligence agencies believe that there is a real possibility of subversive activities occurring during Durga Puja,

Report: A Hindu temple in Sirajganj’s Salanga stopped the Durga Puja for nine hours, protesting against alleged encroachment of temple land and the implicating of local Hindus in a case.

Report: Members of Pakistan’s Sikh community say they have been singled out and attacked increasingly as radical Islamist militants see them as infidels. Their plight highlights a growing atmosphere of intolerance in Pakistan causing the Sikhs to live in a hostile world where every stranger is assumed to be an attacker.