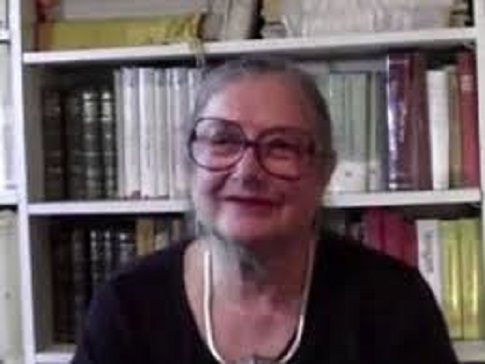 (This was sent in by an IndiaFacts reader, Hari Ravikumar.)

Wendy Doniger’s review of Richard H. Davis’s “The Bhagavad Gita: A Biography” (http://www.nybooks.com/articles/archives/2014/dec/04/war-and-peace-bhagavad-gita/) only betrays her ignorance of the Bhagavad-Gita. There are several flaws and inconsistencies in her write-up. Here is just a quick-and-dirty point-to-point response:

“charioteer (a low-status job roughly equivalent to a bodyguard)”

This is not really true. Charioteers were sutas, who were also bards and advisors. Sanjaya was Dhritarashtra’s charioteer and adviser. Shalya was Karna’s charioteer. Generalizations like “low-status job” are tricky to handle because indeed they have an element of truth but they don’t bring out the complete picture.

“For what the Gita was in its many pasts is very different from what it is today: the best known of all the philosophical and religious texts of Hinduism.”

At least from the time of Shankara (8th century CE?) we know that the Gita has been an important text in the Hindu canon.

“The Gita…[asserts] that action without desire for the fruits of action (nishkama karma) leaves the soul unstained by such karmic residues.”

Interestingly, the Gita never uses the term niṣkāma karma. In 2.47, the most famous verse of the Gita, Krishna merely says: “You can control only your actions; you can’t control the results. The expected results should not be the motivation for action. Also, don’t shirk away from your work.” Connect this to 18.13-15.

This notion of working by focusing on the action instead of the result is different from 4.14 where Krishna says that he doesn’t crave for rewards. In verses 4.20, 18.2, and 18.11 he indeed talks about the idea of niṣkāma karma.

Not wholly true. The Gita tries to unify different schools of philosophy and doesn’t engage in a comparative study to proclaim the superiority of one over another. See 5.4 and 5.5 where Krishna reconciles between Sankhya and Yoga. Then in 7.1 and 18.66 Krishna cuts across ritualistic and ideological boundaries.

“…and his most persuasive argument consists of a violent divine revelation: at Arjuna’s request, Krishna manifests his universal form, the form in which he will destroy the universe at Doomsday…”

The concept of Doomsday doesn’t exist in Hinduism because time is seen as circular and not linear. Birth, death and rebirth are always been a part of the process. Loosely using terminologies from Western mythology to fit in concepts of the East often lead to confusion and destruction of the original idea.

“…It is the climax of the violence of the martial Gita.”

Violence is just one small component of the viśvarūpadarśana, which has so much more. Also, we must realize that this portion of the Gita is more for poetic value than philosophical value.

The original (2.3) uses the word klaibyam, which means unmanliness, timidity, cowardice, weakness. Not sure how a translator of Wendy’s caliber would feel comfortable using a noun instead of an adjective.

“that clashed with the Gita’s support of caste dharma, or duties entailed by being born into a particular caste.”

This is yet another ridiculous notion that Wendy Doniger piles up on her readers. The Gita doesn’t support “caste dharma” whatever that means. There is one verse, 4.13 that talks about varna (class, caste, category, trait, color): cāturvarṇyaṃ mayā sṛṣṭaṃguṇakarmavibhāgaśaḥ / tasya kartāramapi māṃ viddhyakartāramavyayam where Krishna says: “I have brought forth the four basic traits, a classification based on guna and karma. Although I am their cause, I am unchanged and beyond all action.” This talks about the creation of the system of varna, which is based on guna (inherent trait, inborn quality, innate disposition, temperament) and karma (action/work which is attuned to guna), not on birth or background or upbringing. Later in 18.41-44 Krishna explains the four basic traits.

“…Davis points out, the Gita says that if you love god you can neglect your duties (dharma)”

The translation of dharma into duties is rather weak and if this is a reference to 18.66 then it wholly erroneous.

“…there is another famous passage that Davis does not mention: the duties of the four classes are distributed according to the qualities they are naturally born with. It is better to do your own duty (your sva-dharma, that is, the task assigned to your caste), even badly, than to do someone else’s well.”

Again, Wendy Doniger seems to rely on interpretation rather than on the original. There are two verses that talk about svadharma: 3.35 and 18.47 both of which says that it is better to do what one is good at, rather than imitating others, even though their profession might seem more glamorous. Find below the original verses and the English translation:

Excelling in one’s own dharma, even if it is less glamorous is better than trying to excel in another’s dharma. It is better to die upholding one’s dharma; following the dharma of others is worse than death.

[Here, ‘one’s own dharma’ refers to ‘work in tune with one’s inherent nature.’ One should be natural, free from deceit, and true to oneself. By staying close to what we are intrinsically good at, we attain personal success and also become valuable to society. Leading a life doing things against our true nature and imitating other people, is worse than death.]

Try to excel in your own dharma, even if it is less glamorous. It is better than following the dharma of others. You will never feel guilty if you follow your inherent nature.

[Here, ‘dharma’ is a reference to the essence of one’s personality including his attitude, talent, and nurturing environment.]

“The Gita verses on the need to adhere to one’s own sva-dharma—or inborn set of duties—have been interpreted for centuries in India to justify the caste system.”

Finally, a sensible statement among these puerile jottings. Indeed, the verses 3.35 and 18.47 has been misinterpreted to justify the caste system. There is ample evidence for that.

“And though, as Davis notes, the Gita says that God can rehabilitate sinners, he does not mention another passage in which Krishna says that he hurls people who hate him, and who sacrifice in the wrong way, into foul rebirths so that “they are deluded in rebirth after rebirth, and they never reach me.””

Wrong answer. The original verse is 16.19 (tānahaṃ dviṣataḥ krūrān saṃsāreṣu narādhamān / kṣipāmyajasram aśubhān āsurīṣveva yoniṣu) which translates into “I constantly throw these cruel, hateful, and worst of men, into demonic wombs in the vast cycles of birth and death.” Krishna doesn’t mention people who hate him but uses a general term ‘dviṣataḥ‘ (hateful). Krishna mentions in verse 9.32 the way out of this.

“Since this Gita-as-bible was eagerly picked up, first by more and more Indians and then by Europeans and Americans, it shut out not only the many other texts that were used by other sorts of Hindus (including the worship of the other sort of Krishna), but even the other Gita, the martial Gita, for this faction generally cited only the philosophical Gita.”

The reason for this is simply that there is no other text in the Hindu canon that summarizes Hinduism better than the Bhagavad-Gita.

The Gita is both monotheistic and polytheistic. It is not so straightforward. Again, looking at Hinduism from the Western lens leads to such troubles.

“Hindus nowadays…go to great lengths to interpret the Gita in such a way that it does not support the caste system.”

That is because it does not. See earlier points made on verse 4.13.

In sum, Wendy Doniger and suchlike Western scholars don’t seem to grasp the holistic picture of Hinduism and philosophy. They are taking bits and pieces and interpreting it as they like. One is free to do what one wants, but this is intellectual dishonesty, which is an unfortunate trait to have.