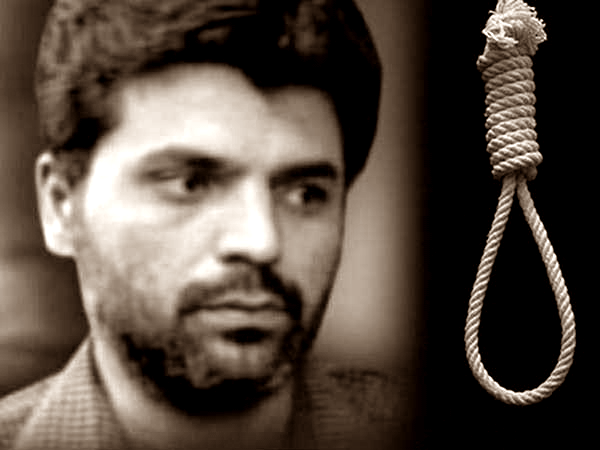 On 15 July 2015, across many media channels in India, we saw something that was never seen before, but which is sure to become more frequent and shriller with each passing year now: that was the reaction of Muslim leaders of various political parties to the news of the possible hanging of Yakub Memon, sentenced to death by the apex court for his role in the Mumbai blasts of ’93 which killed about 300 persons.

From the reactions of these Muslim leaders, the only possible conclusions are these:

1. Terrorists do have a religion.

3. These Muslim leaders essentially said that Yakub Memon must not be hanged because those responsible for the riots of ’93 in Mumbai have also not been punished. That is, he acted to avenge the riots, because the State failed to act against the rioters, and since he was only avenging a crime against Muslims, he must not be punished. In short, Yakub Memon is a vigilante for a just cause, and vigilante justice is acceptable, and if a perceived wrong has been avenged by an individual or a group of individuals, it is not a crime and avenger cannot be punished.

4. If terrorists kill you, you must keep quiet, because otherwise their coreligionists will become angry and will embark on more killing sprees.

This is flagrant talk of a tribal justice system: vigilantism, collective punishment, revenge killings outside law, and collective guilt.

Only a sick society with a death wish, and one that has lost the sense of right and wrong and what it means to be a society with rule of law, can allow such gutter talk in its news TV studios and other media.

Such talk is also the most direct call and encouragement that is publicly possible, to commit even more acts of terror till people finally submit to terror. Again, only a society too stupid to survive can allow the broadcast of such direct calls to terror through its mainstream media.

As far as action in the cases of  the ’93 Mumbai riots is concerned, it is a sad fact of life that a riot by nature is the crime in which identification of the culprits, gathering evidence against them, and prosecuting the culprits are all very difficult. All over the world, conviction rate in cases of riots is the lowest of all crimes. Even in India, beginning with the Direct Action Day of 16 August 1946, partition riots of 1947, and all subsequent riots, conviction rates have not been better than ’93 Mumbai riots.

Above and beyond all this is the fact that no society that wishes to have rule of law and wants to survive as  a civilised society, can in any way permit or condone vigilantism. Once a society starts condoning vigilantism, peace is impossible to achieve, because then every citizen is a potential prosecutor, judge, and executioner. Once this comes to prevail, the jungle raj takes over, and peace and order are impossible to achieve.

The fact is that what these Muslim leaders were saying in the TV studios, is what the Islamic doctrine preaches and practices: if kafirs have harmed Muslims anywhere, each and every Muslim gets the right to avenge the harm, and can not be punished for doing so. This is the clear position of the sharia and the dhimma pact. So Muslim leaders were essentially saying that Yaqub Menon must be dealt with in accordance with sharia, and not as per Indian Penal Code.

This was unimaginable even a decade ago: that Muslim leaders would so openly demand sharia supremacy over Indian law. Our secularists used to demand mercy for the terrorists on various grounds, but Muslim leaders themselves always kept quiet. Strategic silence.

So what has changed?

Islam’s law of numbers has come into the picture. It says that if Muslims are in hopeless minority in a place, they can feign to be secular, and agree to live under secular law, but as soon as they gain the numbers, they have to live according to sharia, and as their numbers grow further, they have to impose sharia on everybody, using violence, if required. The starkest, living example of this can be found in the ongoing, continual assaults and wanton violence against Hindus in West Bengal.

According to whatever has been released of the 2011 census, the Muslim percentage in Indian population has crossed the 16 per cent mar, and therefore Muslim leaders feel emboldened enough to demand in the media to adhere to sharia even in criminal cases.

Marseilles is now 30-40% Muslim. Excessive violence, riots, and rapes are turning it into a third world city in the heart of Europe