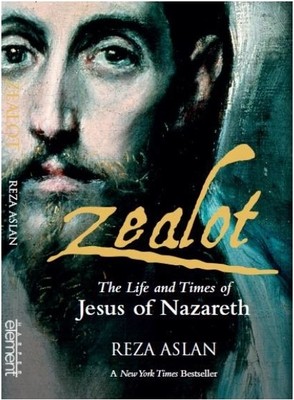 In 66 C.E., fed up with the Roman occupation of their land, the Jews declared war on the Roman Empire. Soldiers patrolled even in the temple of this supposedly inconsequential part of the empire.

Imagine the anger Malayalis would have felt if Communists administered their temples and the state looted its wealth. Wait. Wrong example.

[pullquote]If Jesus  was not the person whom the Gospels claim to be — the good shepherd, the peacenik, the one who turned the other cheek — then who was he?[/pullquote]

Though Rome was a powerful empire, the Jews were confident that their God would take them to victory.  Motivated by what looked like a possible victory, the rebels attacked Jews who colluded with the Romans. Many messiahs also appeared on the scene, prophesying the end of Jerusalem. Finally, the miracle happened; they liberated Jerusalem.

If any Carthaginians were around, they would have told the Jews that this was a bad idea. In 70 C.E., the empire struck back.  They razed the city to the ground, slaughtered the Jews and exiled the survivors.  They also renamed the city and erased all mention of it from the record.

Unlike Hindus, the Jews did not have temples all over the country. There was one temple—The Temple at Jerusalem—the centre of their worship and that was gone. It was not just the Jews who were affected; the followers of a man named Yeshua were affected dramatically. It was after these events that the first Gospels were written.

Due to these sequence of events, Reza Aslan argues that the Jesus of the Gospels is not the same as the historical man named Yeshua. For Aslan, the Gospels were written by believers for a specific purpose and are not historical documents. He ignores them and presents a picture of Yeshua by looking at the social, political and theological context of that period.

Aslan himself is a former evangelical, who gave up that life as he became a religious scholar.  Besides painting a portrait of Yeshua, he also reveals how the modern Jesus was invented.

If Jesus  was not the person whom the Gospels claim to be — the good shepherd, the peacenik, the one who turned the other cheek — then who was he?

According to Aslan, two things we can be sure are:

To those who believe Yeshua was a child prodigy, who at a young age, stunned the priests of the Temple and to those  Indians who are fascinated by the tale of Jesus learning in India, Aslan, who has been a Biblical scholar for two decades, sets the record straight.

Yeshua was a  woodworker or craftsman who never ventured far away. All Jewish peasants of the time were illiterate; Yeshua could not have been any different. (On a side note, the theory that he died in Tibet has been debunked as well)

Once baptized by his guru, John the Baptist,  Yeshua took on a career of preaching. He wandered around as a professional exorcist, curing the ill of their sickness. Another common profession during that period, it paid more than being a woodworker.

He was not the only miracle worker of that period, “it was quite common to see diviners, dream interpreters, magicians and medicine men wandering around the region“.  But Aslan says Jesus did something different from the rest: he never charged for his work. We know that because the pagan and Jewish critics of Christianity agree on this as well.

Yeshua was not stoned to death for blasphemy, but crucified, which was the Roman punishment for treason. Anyone who proclaimed he was a messiah was crucified for striving to overthrow the Roman Empire.

Disrupting the activities of the temple, Yeshua proclaimed that the Kingdom of God was coming soon and this occurred during the time when rebels were working to overthrow the Romans and bring the land under Jewish control.

The main thesis of Aslan’s book is that Jesus was not someone who was talking about abstract ideas during this time, but was a zealot, actively involved in this movement like others of that period.

Yeshua proclaimed that the present order would be replaced by a new political, religious and economic system and for advocating such a revolutionary idea, he was executed by crucifixion.

Another point Aslan makes is that the crucifixion of Jesus was not one of those stop-the-world events that happened in Jerusalem.  Pilate, the Roman governor, who sent Jesus to the cross had utter disregard for Jewish customs and had crucified many others.  He would not even have met Jesus.

Terrorized by Pilate’s hobby, the people of Jerusalem complained to the Roman emperor. Even then he did not lose his job. Nothing happened to the temple priest as well. It was much later, after Pilate sent soldiers to butcher the followers of another messiah, that both he and the temple priest lost their jobs.

[pullquote]For the Jews, it was curtains down. Jesus was yet another failed messiah.[/pullquote]

The followers of Yeshua–the ones who walked with him– were shocked.  The messiah who promised to rebuild David’s Kingdom had not only failed but was crucified like a state criminal. What did that mean? What could they do now?

For the Jews, it was curtains down. Jesus was yet another failed messiah. But for members of the Jesus movement, they had to invent a new explanation. They also had to prove to others that he indeed was the messiah.

And so, one of the earliest beliefs they came up with was the radically new resurrection narrative–that he arose on the third day.  They stayed in Jerusalem, continuing his teaching.

The second chain of events was set off by Paul who was inspired by Jesus though he had never met him. Other writers claimed Paul had a vision; Paul himself never said so.

For Paul, Jesus was divine. Paul’s target market was the urbanized elite who did not care for messianic concepts or Jewish rituals. For the original illiterate followers of Jesus, Paul’s teachings were all Greek (literally). It would be like Hindus reading the writings of Prof. Wendy Doniger.

In fact, Paul’s teaching looked so radical that the head of the Hebrew followers, James, (the brother of Jesus), sent congregations to convert the followers of Paul back to the fold; James was quite successful.

As the Hebrews—the farmers and fishermen followers of Jesus—and the Hellenists—the urbanized Greek-speaking Romans—were duking it out: 9/11 hit Jerusalem and the Romans wiped out the place from the map.

This triggered the third sequence of events.

The Gospels were written down in various cities in the empire: Rome, Damascus, Antioch, and Ephesus by people who had never met Yeshua. By then four decades had passed since Yeshua’s crucifixion and the eyewitnesses to his life had perished. The teachings that were passed along were conveniently modified.

Also, after 70 C.E, it was clear to everyone as to who had the power to chop off your head. The authors of the Gospels could either stick their neck out or write that Jesus was a man who wanted to overthrow the Roman Empire or they could spin another tale.

They chose the latter.

A Jesus, who operated at a divine plane and had nothing to do with earthly matters became a convenient replacement.

The author of the first gospel, attributed to Mark, wanted to absolve the Romans of all the crime. Hence, the whole story of Pilate washing his hands of Jesus was invented.

Thus, the Romans, who crucified Yeshua were sanitized and Jews who did not accept him as the messiah became the villains. That was the birth of anti-Semitism, the consequences of which can be seen even today.

Another important point to note is that the gospels were not written in Hebrew or Aramaic, but in Greek. The evangelists’ goal was to convert the gentiles and so distancing themselves from Jewish “mumbo-jumbo” seemed right.

Reza Aslan is not the first person to do this kind of analysis. He is one among many of a two centuries-old line of scholarship trying to excavate the historical Jesus. Many years back, Prof. Thomas Sheehan of Stanford, taught a course called The Historical Jesus where he did similar analysis looking into the Gospels to find out what fits and what does not.

Usually, historians go to primary sources to find the truth, but in this case, Sheehan says, the primary source are problematic. The Gospels which are now considered Canonical were ruled so by political forces. Whatever did not fit the template was considered a heretic, a concept alien to dharmic traditions.

Each blind scholar in this lineage found a different part of the elephant: using historical studies, literary analysis and sociology, they found Yeshua to be either a philosopher or an apocalyptic preacher or teacher or simply a magician.

With the destruction of Jerusalem, the original message was diluted and the urbanized, educated Greek-speaking diaspora Jews, immersed in Greek philosophy and Hellenistic Deepak Chopra-ed a new religion.

This is like how American Buddhists are defining a new “scientific” religion by eradicating traces of Hinduism and mystical elements of Buddhism and retaining just mindfulness.

The failed messiah, who did not set out to create Christianity, became the creator of heavens and earth and had nothing to do with the Roman occupation or the fight against it. This Neo-Jesus is the one to whom believers pray every weekend.