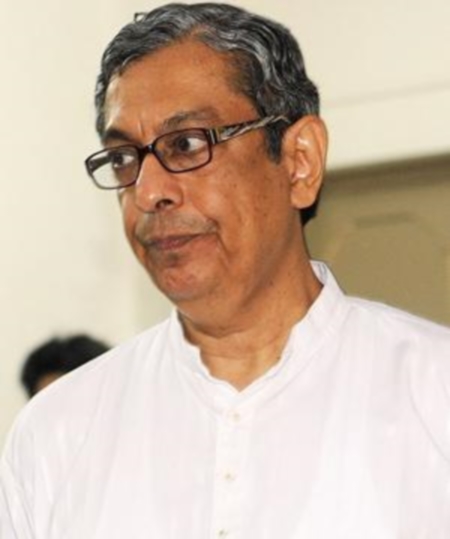 This is a guest article by Dr. Ritu Mathur, a Banting Postdoctoral Fellow at McMaster University Ontario, Canada.

The letter published and emailed on the St.Xavier’s College, Mumbai website by Fr.  Frazer Masceranhas deserves some serious consideration by the student, faculty and administrative community of this esteemed institution. It is not a letter to be dismissed or ignored as it has created media headlines and made a contribution to the current electoral debate within the country and overseas.

I am a former Xaverian from Kolkata, pursuing a career in academics and therefore feel it my responsibility to urge us to take this debate further to reflect on our ethos and culture as Xaverians. This letter has suggested a significant shift in the identity that Xavier’s College has represented for several decades. In the last decade of the twentieth century, I recollect how within the college the student wing of all political parties were banned from campus. Only apolitical and cultural activities were to be permitted. The student union could not join political forces with any political party directly or indirectly and could only exist as an apolitical institution. This was very strictly implemented.

Political debates did take place within classrooms, cafeterias, annual inter-collegiate festivals and when eminent personalities of national and international repute such as T.N Seshan the former Election Commissioner of India were invited  to St. Xavier’s College, Kolkata to share their experiences and perspectives with students. This culture and code of conduct complemented with other opportunities encouraged students of Political Science like myself to be introduced and passionately engage with issues of significant political import. These practices helped cultivate a sense of  autonomy among faculty and students to present their own arguments and cultivate their own political views and decisions.

It is therefore astounding that Fr. Mascernhas, a person of such authority and power within the hierarchy of this institution should choose to present his perspective so crudely violating the institutions own culture and code of conduct. Have Xavierians lost faith in their own institutions educational culture? Do they really need an email from a person of authority within their own institution as they are going to cast their votes about the challenges of development in a particular state and  communal forces threatening the country? In reminding the youth of communal forces has the person of authority forgotten his own affiliation with an institution of religious denomination that provides admission to students first on the basis of religious reservation and then merit? Is the Xaverian code of conduct and culture only a matter of political expediency?

Instead of an apology that a student would have to issue, Fr. Masceranhas has defended himself on technical grounds. First, he suggests that as an educator it is his responsibility to provide students with a ‘clear picture’ and offer points for consideration. As a fellow academic, I would like to suggest to Fr. Mascernhas and to students that it is often very difficult to present a clear picture and infact it is usually a messy picture of different perspectives and debates that need to be presented to students for their own analysis and critical thinking. Second he states that ‘nowhere in the article have I named any political leader or party.’ This particular observation contradicts his earlier purpose because if an academic wants to convey a clear picture it is usually helpful to students to identify the actors engaged in a debate clearly instead of providing not so subtle hints.

In an examination points are usually deducted for lack of clarity. Third, the choice of forum and the medium of instruction too need to be taken into account. Today many online teaching technologies and discussion forums are available and one does not need to use the college website for this purpose. There is therefore a difference between teaching and proselytizing. Fourth, this kind of defensiveness of action presented by an authority figure shows a recalcitrant attitude but not much moral courage which is an important lesson for the youth. Several faculty members of Xaviers have expressed their opinions on this development under conditions of anonymity.

One particular young student Xavierian eager to craft a career in journalism has very visibly participated in this debate. Ideas such as freedom of speech, neutrality of an educational institution and content of our education, have been raised and are not to be taken lightly but must be understood, exercised and defended with a clear sense of purpose. I therefore urge fellow Xaverians to engage in an open, intense and respectful debate on these issues and our responsibility as academics. This exercise will perhaps generate some reflection on our changing culture and ethos as Xaverians. It will help us to configure whether we are sheep to be led by authority figures, subjects of humour based on stereotypes that students conduct themselves contrary to a principal’s diktat or mature individuals that can participate in a thoughtful debate.