Freeing Hindu temples from Government control – A Start is made 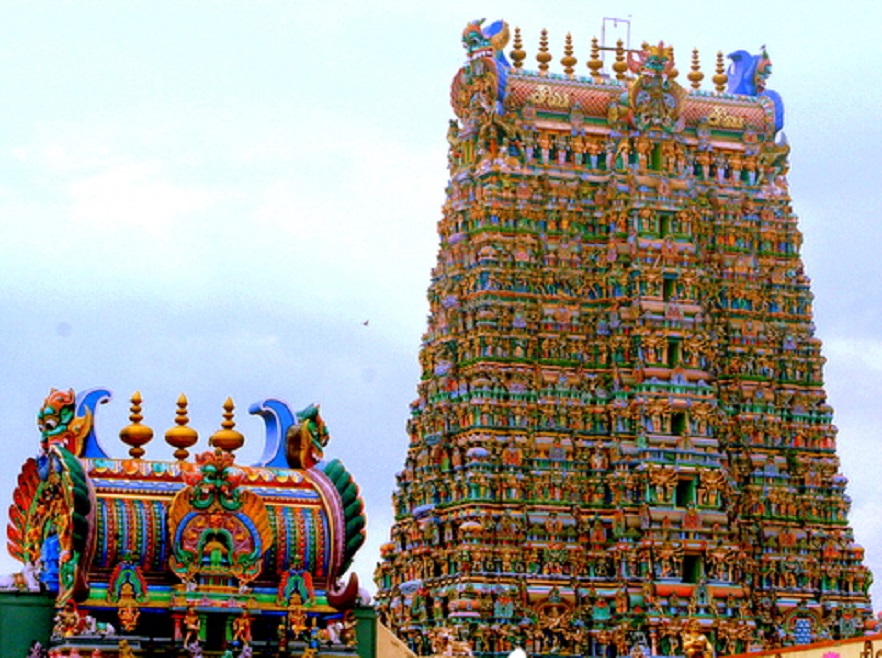 While the topic of the seminar was Autonomy of Temples and it brought out rich and deep facets of the manner in which temples are managed in India , what the Namma Devasthana event, which was held in Bangalore on 20 June, did was make people, especially Hindus, introspect on their relationship with their own temples and how it has changed over time.

Held under the aegis of Namma Devasthana, Dharmic Action, Temple Worshippers’ Society, Jijnaasa and India Facts as the media partner, historical data on temples, their functioning (or the lack of it), maintenance and the laws as laid out by the Constitution of India were presented in this seminar. Last, but not the least, the state of the Archakas were highlighted in great detail in a bid to sensitise Hindus towards their own temples.

Padmashree Dr VR Gowrishankar of the Shringeri Mutt, author and columnist Prof M D Srinivas, Advocate Kiran Bettadapur, Archak CS Rangarajan  of Chilkur Balaji Devasthanam, Smt Vijalylaksmi, who is working towards cultural rejuvenation of temples through Gudiya Sambrahma, Chakravarthi Sulibele, who is working on the rejuvenation of Kalyanis and Shivkaumar who gave insights on the effective use of RTI,  presented their views in this seminar on freeing Hindu Temples. Dr Mohandas Pai made a last minute pleasant entry and presented his views as well.

All the speakers spoke of the Constitution which in letter and spirit says that India will treat all its religions equally. However, in reality, the Government has been targeting only Hindu temples for takeover to bring about “better management,” while it conveniently leaves out mosques, gurudwaras and churches implying that no mismanagement occurs there.

Even the massive revenue of Hindu temples goes to a common pool of funds of the state. So, a donation made by a devout Hindu to propagate his/her faith goes for a totally different purpose. The speakers asked pertinent questions like:

All the issues pertaining to Article 25 and 26 of the Indian Constitution were discussed in great detail. The sham of  the Temple Trusts too was highlighted and the speakers said that a babu who sits in a temple office for half the time an archaka stays, earns almost double and sometimes even three times the archaka’s salary. The archaka is often in the temple from 6 am to 9 pm. What kind of equality is this and how is this not mismanagement?

Dr VR Gowrishankar urged people to break the shackles of mental slavery and think on their own. He also asked people to think about why our forefathers built temples in the first place and has that objective changed over time?

Speaking of this very change, Smt Vijaylakshmi in her talk said that the temples earlier were host to a variety of activities – from the performing arts to classical dance, to running Veda Patshalas and hospitals, to having Nandanvans, Goshalas and Kalyanis around the temple. All these were active parts of the temple ecosystem. Sadly, today, all this has vanished and all that remains is just the rituals and a temple solves only that purpose.

However, instead of just speaking about this fall, she decided to do something and with like-minded individuals, she conducts the annual Gudiya Sambrama, which has theme-based cultural programmes, performed by artists from all over India in temples in Bangalore. This  is an attempt to bring about cultural rejuvenation in temples and also move away from the “sabha” audience which in her view do not watch cultural programmes with a heart. In contrast, at Gudiya Sambhrama, people from across different strata and age groups enjoy these performances and also get educated in the  process.

Advocate Kiran, in slideshow, presented the pathetic state of temples run by Government which not only are destroying their aesthetic beauty, but also wondered if care is taken of the main structure of the temples when temples are “lit up” for tourism. Speaking about the manner in which temples are run, he said the number of people on the board to the number of temples they have to manage is a ratio that is so skewed that management can be anything but efficient. This IIT Kharagpur alumni, entrepreneur, and member of the Bar Council of India said that the RTIs filed on the issue are often not replied to.

Dr Mohandas Pai stressed on the need to speak out bravely even at the risk of being branded communal. He said there is a need to separate the State from religion and not people from religion, adding that every effort must be made to remove any sort of discrimination in Hinduism.

Speaking about the glorious past of our temples, the speakers spoke of how Kings of yore, who built temples almost always refrained from interfering in the day to day affairs of the temple except in times of dispute, when the King would settle it.

Prof MD Srinivas, author and columnist, highlighted this saying that this ensured that the temple ecosystem functioned in its true spirit. However, when the British came in, they reversed this in such a manner that the daily matters of the temple were overseen by the British and disputes were handled by the courts. This meant long drawn disputes, and temples not functioning in an efficient manner.

In fact, the very people who lecture us on discrimination forget to mention that Adi Shankara was instrumental in integrating different parts of India through a Dharmic thread when he appointed priests from all over India to look after temples. So a priest from Saurashtra stays at Rameshwaram, the Kerala Namboodris at Badrinath and those from Dakshina Kannada at Pashupati Nath in Nepal. Doesn’t this speak of unity?

Smt Vijaylaksmi also said the Devdasis who would dance in temples were unfairly branded as “nautch girls” by the British because they were not used to seeing such liberalness in their society – a woman dancing freely in an open temple. And sadly, instead of preserving this rich tradition, our own people today have internalized this British bias and branding.

The seminar hopes to kick-start the movement of freeing temples from government control. More importantly, it also stressed the need to free our thought process from ages of mental slavery. Earlier, outsiders inflicted their thought process on us, and now the “secular” insiders are doing it. It’s time Hindus woke up to defend their temples and take them back in their own hands.