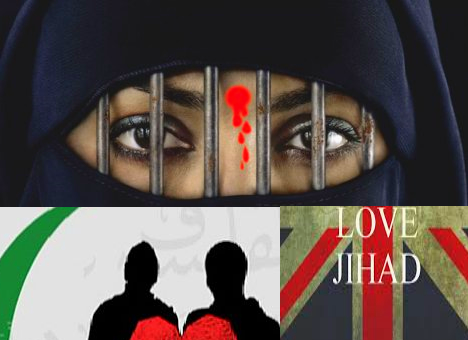 Facts of the incident

Sunita is a student of Class 9, hailing from a poor Hindu family living in the Srikrishnanagar village under the Joynagar police jurisdiction. Sunita has been kidnapped by a notorious Muslim predator named Babu Mondal (son of Yar Ali Mondal) of Chatra village on the evening of 21 July. According to Sunita’s mother’s complaint, Babu’s brothers Ziyarul, Sirajul and Azizul helped Babu to kidnap her daughter. Babu Mondal has numerous cases of rioting, arson, and loot against him. See earlier ground reports in IndiaFacts on Mondal.

Efforts to trace the girl are underway by the Hindu activist organization, Hindu Samhati.  On the other side, Muslims have begun to abuse and threaten Sunita’s working mother, Uma Haldar and her panic-stricken relatives. Uma Haldar has fallen ill after not getting back her little daughter from the clutches of these predators.

According to eyewitness reports, although the Joynagar police have registered the case, the concerned Investigating Officer (I.O.) Shyamal Biswas appears to be reluctant to recover this minor aged girl. There are allegations that he has been bribed by the Muslim kidnappers. Biswas has visited the area but has never visited the girl’s house nor has he spoken to the girl’s family. Neither has he visited the kidnapper’s house  for questioning.

The Officer In Charge (OC) of  Joynagar Police Station, Biswajit Banerjee has a reputation for being honest and efficient.

To make matters worse, the girl’s father Kamal Haldar had abandoned his wife and daughter and is now living elsewhere, having married another woman. Sunita and her mother are especially vulnerable to Muslim predators.

Sunita’s case is just the latest among the hundreds of incidents of Love Jihad occurring in West Bengal every year. But what makes her case extraordinary is the fact that the Muslim kidnapper has sent an open letter addressing all Hindus. His letter in Bengali is scanned and appended below.

This is Babu here. As part of a bet with one of the lads in the locality, I have abducted your daughter, winning the bet in the process. Now listen to this wonderful news- I have tied the [wedding] knots with your daughter.

Although I am still in the neighbourhood, I have decided not to return to my residence. I dare you to find the both of us but kindly do not bother my family. If you are willing to accept my marriage with your daughter, then I suggest you discuss the same with my father. Once I hear the news of your acceptance, only then will I return home. Till then I Babu, can say with complete assurance that you wouldn’t be able to do anything to me. I hope you take your decision wisely.

What you can do to save the girl

You can make a phone call to the following police officers requesting them to help recover the girl:

2) His superior officer Mr. Biswajit Banerjee who is the Officer-in-Charge (OC) of Joynagar Police Station. His mobile number is 0983 604 7116.

Your phone call carries a lot of power in helping recover the kidnapped minor girl.

Our sources say that the police will typically ask you, “from where did you get the info?” You can take the name of Hindu Samhati and tell them that Hindu Samhati, an NGO, is in touch of the victim’s family.

Each phone call will have a significant impact on the future of Hindus in the border areas of West Bengal, which is also the border of India. Your phone call will not only help recover the girl, but will also build the morale of the local Hindu villagers and stop the flight and/or migration of these defenseless Hindus away from the border areas. The situation there is reminiscent of the Kashmir of the 1990s.