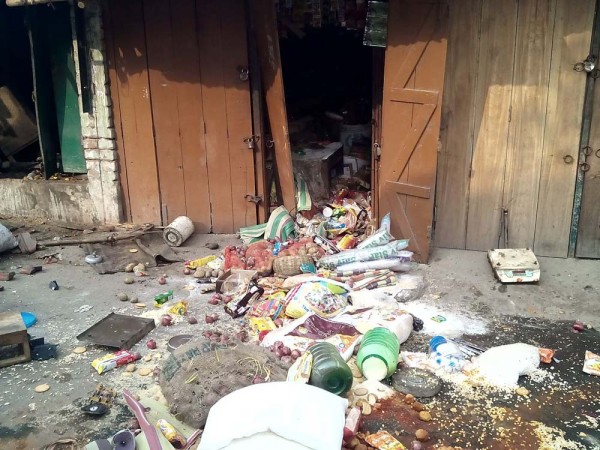 This is a ground report from Hindu Samhati, West Bengal.

On the morning of 29 January, large scale violence rocked Usti market in South 24 Parganas district of West Bengal. More than 50 Hindu shops were ransacked, looted and gutted by a mob of rioting Muslims. Properties and cash worth more than a crore were looted from the shops belonging to Hindus.

The situation further worsened when the local MLA and Minister of State for Minority Affairs, Giyasuddin Mollah reached the spot and reportedly abused and insulted the SDPO of Diamond Harbour. Eyewitnesses report that he asked the police to release the Muslims held by law enforcement officials on the spot, claiming they were his men.

The rampaging mob looted more than a dozen LCD TV sets from a shop owned by Krishna Mandal. Cash and clothes worth ₹40 lakhs were looted from Nabin Pal’s shop named, Annapurna Vastrayala. The bicycle shop of Parimal Pal, a grocery shop belonging to Sahadeb Ghosh, the Narayan Mishtanna Bhandar (a sweet shop) of Ashish Mandal and the Makali Mishtanna Bhandar were looted and destroyed. Gas cutters were used to break the shutters of the shops even as the police watched and eventually fired a few rounds in the air to bring the situation under control. In the melee, bombs were also hurled indiscriminately to terrorise the Hindus.

The administration is desperate to suppress the report of this wanton act of violence and arson. Meanwhile, not one mainstream media outlet has reported this gruesome incident.

According to the report received by Hindu Samhati, about 15 persons from both communities have been arrested so far. It is also reported that the Hindus, whose shops have been looted, have been detained by the police while many attackers are roaming free.

As earlier IndiaFacts reports show (see box), South 24 Paraganas has for long been a target of violent Jihadists who seem to want to ethnically cleanse the region of Hindus. Now, Usti has been added in the long list of the ongoing Hindu persecution in West Bengal.

Over the years, many areas in the district (and elsewhere in the past, for example, Kashmir) have witnessed a forced migration for Hindus and the resultant demographic takeover by the Muslims. 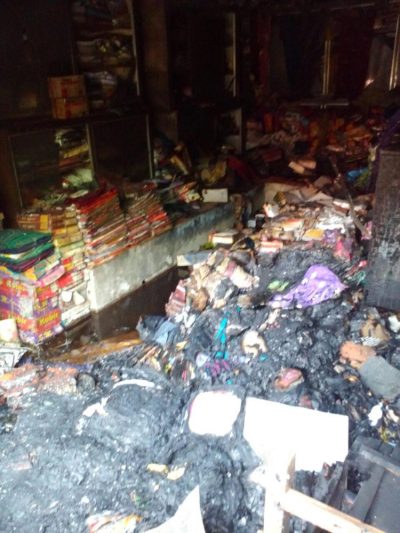 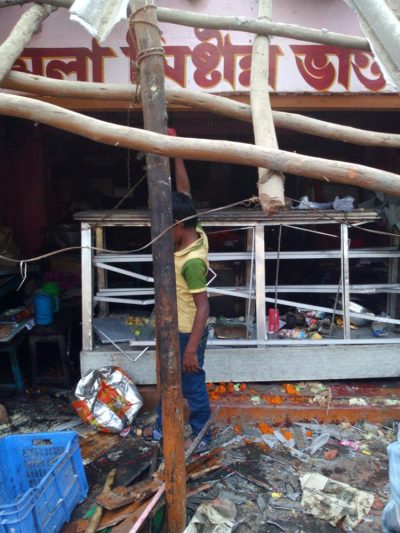 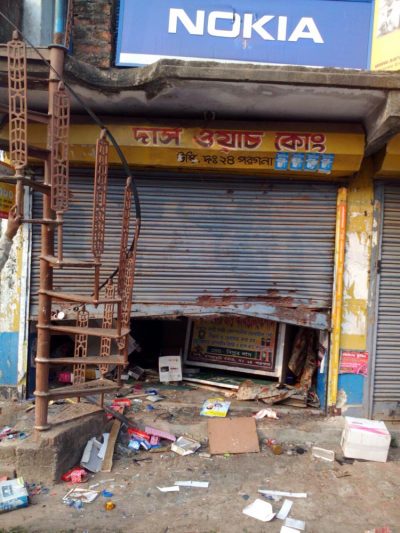 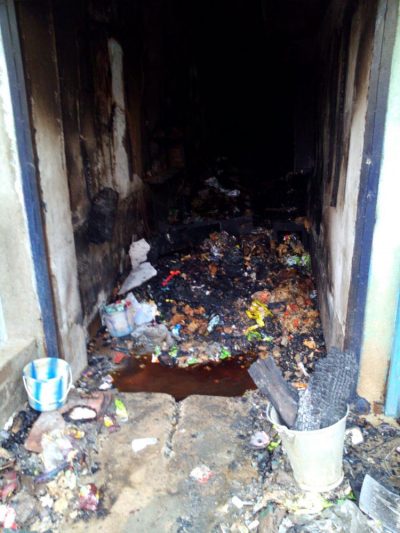 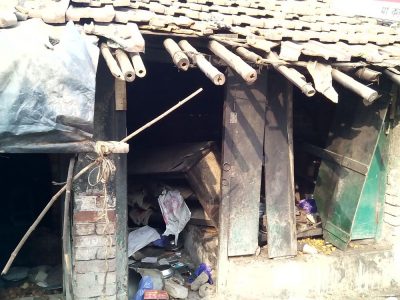 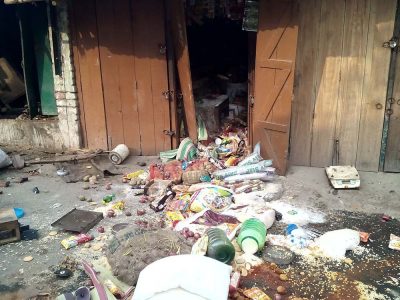 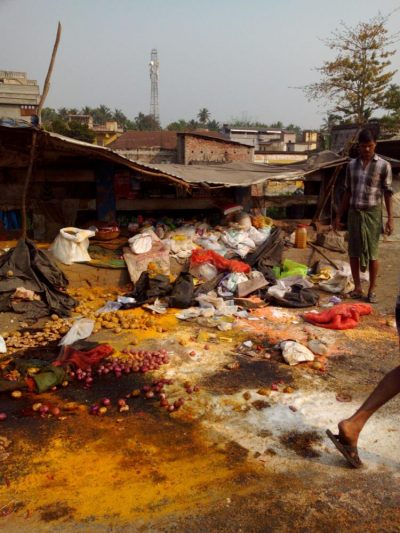 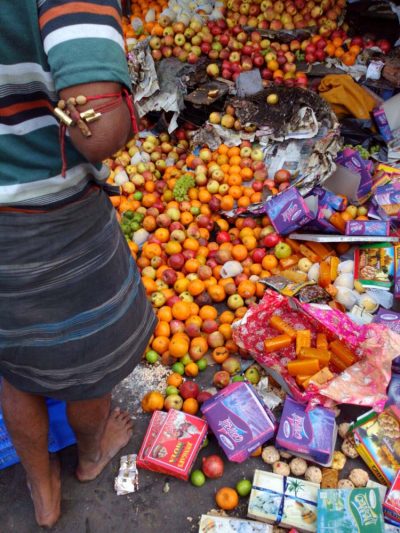