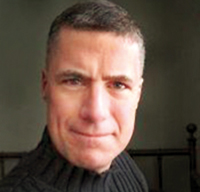 Assertion: Gardiner Harris, the South Asia Correspondent of the New York Times,  in an article on Narendra Modi's anointment as the BJP's Prime Ministerial candidate makes a series of patently false assertions beginning with the title of his piece: Campaign for Prime Minister in India Gets Off to Violent Start. However, the most arrant assertion happens to be this:

In New Delhi, the Bharatiya Janata Party announced last week that it had chosen Narendra Modi, one of the most divisive politicians in India’s history, as its candidate for prime minister in next spring’s national elections…. Not coincidentally, mass rioting broke out last week in Uttar Pradesh…

The Muzaffarnagar riots germinated on 27 August 2013 when a Hindu girl (from the Jat community) was eve-teased by some Muslim youths in the Kawal village in Uttar Pradesh. Her brothers retaliated against these Muslim youth. Things quickly spiralled out of control, and on 7 September, full scale riots erupted between Hindus and Muslims.

On 13 September, Narendra Modi, the Chief Minister of Gujarat and until then, the head the BJP's election campaign committee was anointed as the party's Prime Ministerial candidate.

Given these facts, it is incredible how NYT's Gardiner Harris makes the connection that the Muzaffarnagar riots occurred because Narendra Modi was declared the BJP's PM candidate. Also, we can't miss the obviously clever-by-half attempt by Gardiner to omit providing the dates of the two events. In both cases, Gardiner simply says “last week.”

Gardiner Harris is evidently misleading the public by distorting facts to fit his biases against Narendra Modi and the BJP.  That as the South Asian correspondent of one of the world's premier dailies, he has brought disgrace to his profession. That the New York Times published it without due diligence, especially on events which are so current holds a mirror to its declined standards.