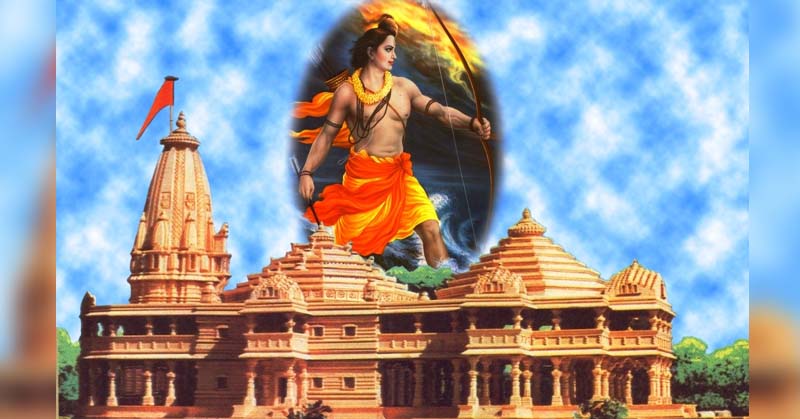 A Hindu temple (mandir) is meant to be a consecrated place of residence of the presiding deity. It is not merely a hall of worship. It is the home of the Devi or Devata who has been invoked through Vedic rituals to be present there for all times. Visitors to the temple are like guests in the deity’s home, there only by an invitation – by a divine call, of sorts, that ensures the devotee is able to make the pilgrimage to the temple. In the olden times, pilgrimages to temples often required the undertaking of long and arduous journeys. There is an oft-repeated line among our elders that I grew up hearing – “Only when the divine call (bulaavaa) comes, can a pilgrim develop the inclination, enthusiasm and will to undertake a pilgrimage”.

India is a land of temples – there are temples small and grand in different parts of the country, many of which date back hundreds or even thousands of years. Some of India’s ancient temples are still standing only because they survived the brutal onslaught of foreign invasions that began around the eighth century A.D. Many temples were destroyed by invading religious zealots out of a contempt for the practice of idol worship. Some temple sites were desecrated by chopping off the heads of deities, sometimes even just a nose or ear lopped off from an intricately carved statue. Spiteful gestures that would, over time, deal a death blow to the then flourishing spiritual ecosystem of the Hindu people in India. The destruction of an ancient Ram temple at the birthplace of Shri Ram in Ayodhya by the Mughal regime is a known fact of history.

If there is a name in all of India that a child learns to revere early on in life, it is the name of ‘Ram’ (pronounced in Sanskrit as ‘Raam’). Shri Ram is worshipped as the eighth incarnation of Maha Vishnu; Devi Sita as Goddess Lakshmi. From the north of India to the south, from the east to the west, the names of Ram and Sita have been passed down through generations with devotion, love, and adoration. Their legendary life stories have travelled beyond the shores of India to countries in South-East Asia where the Ramayana — the epic poem of Ram and Sita’s life story — is artistically depicted through drama, music, dance, art and sculpture, even today.

When a film does well at the box office, we want to travel to the place where the film was made. We want to experience the ‘source’. We are willing to spend a lot of money just to be at the place where the story – often fictional – unfolded. Countries around the world have creatively developed these sites for public viewing.

India is home to the Ramayana – one of the largest epic poems in world literature. The Ramayana is a tale of spiritual heroism and the struggle for truth through an era, unapologetically true to its time period while holding within it lessons for people of all times and places. It is a part of India’s ancient history and has the potential to inspire her contemporary perspective. The places spoken about in the epic are all in existence in modern day India, including the birth place of Ram in Ayodhya. Even more reason why our people – irrespective of religious affiliation –should have collectively done everything possible to rebuild a grand temple that once stood at the ‘janma bhoomi’ (land of birth), the actual land in Ayodhya where one of the greatest stories of our civilisation begins.

It is distressing to note that we are unable to build a consensus about the construction of a Ram mandir.  A nation without reverence for her ancient sacred spaces is like a sprawling home without a strong foundation. As much as she needs her institutions, homes and business centres, a nation also needs spaces where her civilisation’s icons are honoured. Where the source is given its rightful importance. Much of India’s ethos and artistic culture have roots in the myriad events and places from the Ramayana. How fortunate we are to know of these places in the modern world. How callous on our part, then, to pretend as though we are not responsible for preserving the memory of at least the most important among these places. Many of us who live in urban India today are increasingly distanced from our temples, as the bustle of city life wraps itself around us. The struggle for a Ram mandir in faraway Ayodhya seems unnecessary or pointless to many urban residents. And yet, nearly every home in urban India continues to have its own sacred space, small or big, where a family deity is enshrined with reverence and gratitude. We don’t create these sacred spaces in our homes out of compulsion. There is an inner pull that draws us to our bond with the sacred whether we realise it or not. There is a knowing, somewhere deep within, that our lives on the outside are inseparable from our inner invocation of sacred energies. Energies that every devotee attributes to their revered Devi, Devata, or Guru.

The invocation of Ram and Sita through japa (repetition of the divine name), dhyana (meditation), nritya (dance) and bhajan (devotional singing) has given strength, inner fulfilment and peace to millions through the ages. On this journey to Mukti or liberation – considered the ultimate goal of life in the Vedic civilisation – the divine name of “Siya Ram” is itself said to be a great tool that propels the seeker forward.

It would be a befitting civilisational tribute, therefore, to build a glorious temple at the site where Shri Ram was born. Imagine the confluence of devotion when pilgrims from all over will finally be able to offer their obeisance to the One in whom they behold their ‘source’.

This nation has, through the ages, gifted the teachings, sciences and philosophies of Sanathana Dharma to the world. It is time for her places that have served as the source of these eternal rivers of knowledge, to be given their due.