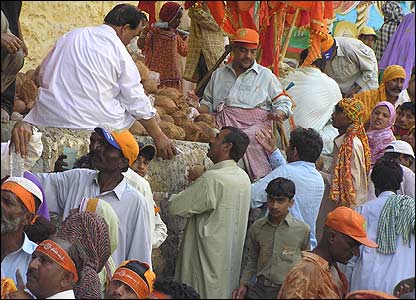 Report: The NIA officials investigating the Bardhaman blasts case suspect that large quantities of explosives are hidden in many parts of West Bengal and Assam. They also feel that several “illegal madrasas” in both these states were being used by Islamist terrorists to train new recruits, including women. NIA officials, who have already visited Metaibruz, a Muslim-majority area, and Birbhum district also plan to carry out search operations in many other districts in West Bengal.

2. CPM all set to capture temples under Cochin Devaswom Board

Report: Members of the Communist Party are making an attempt of grabbing important posts at the Cochin Devaswom Board. According to sources, Marxist members are resorting to a malicious propaganda of getting women enrolled in their party, on the pretext of securing jobs in Devaswom Boards.

Report: A middle aged man is said to have been kidnapped and forcibly converted to Islam, according to his wife and children. He has been found and produced before court by the police authorities. Sources have stated that a group specifically appointed for this task, which has Manjeri as its centre, is behind this controversy. Sources have also stated that as many as forty two Hindu youths, hailing from various parts of Kerala, were present in this centre.

Report: A three part series on the issue of cow slaughter mafia from Kerala illegally smuggling cows, was telecast on the Kannada news channel, Suvarna TV.