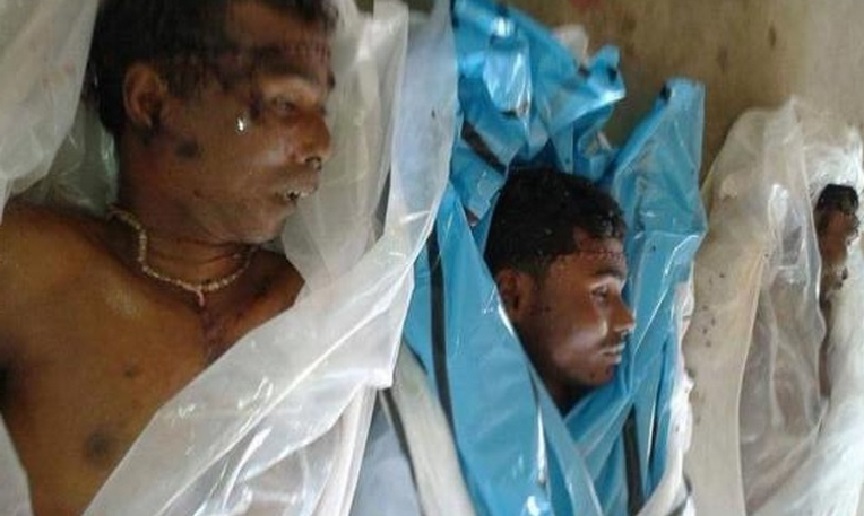 1. Ahead of local body election, Congress & CPM cozy up with Popular front terrorists.

Report: Both the Marxist party and Congress have stirred a controversy by being major participants in a programme hosted by the terror group Popular Front. The programme was inaugurated by CPM MLA Saju Paul and the key address was rendered by KMA Salam, Congress Muncipality Chairman.

Report: Five Madhya Pradesh men arrested from the town of Ratlam last month were part of an Islamic State-linked jihad cell planning strikes in India. In testimony to police — which, under law, will not be admissible for the purposes of his trial — Khan said he had joined Ahl al-Suffah, an Islamic proselytising and charity group, in 2012. Led by local resident Amjad Khan, Ahl al-Suffah became active after the pre-election communal riots in Muzaffarnagar.

3. 70 poor Hindu children in an orphanage converted to Christianity in Madhya Pradesh.

Report: As per a report revealed by Anurag Upadhyay  in India TV, around seventy children of Saint Francis Sevadham, an orphanage at Shyampur in Sagar district of Madhya Pradesh, have been allegedly converted to Christianity. Name of Father Rogen Kristen, who administered the establishment earlier, has been mentioned in the column ‘father’s name’ of all 70 children. The incident came into light after Omkar Singh, an RTI activist who works for the child welfare in Sagar, discovered that Rogen Kristen was being mentioned as father of these orphanage’s children.

Report: Communal violence erupted in West Bengal’s Nadia district Monday afternoon.
At least four Hindus were killed and many sustained injuries in the communal clashes. According to the reports, a procession by Hindus was returning from Dharmaraj Mela at Jamalpur in Purbasthali. When the procession was passing by a mosque in Juranpur village on their way back, it was attacked.