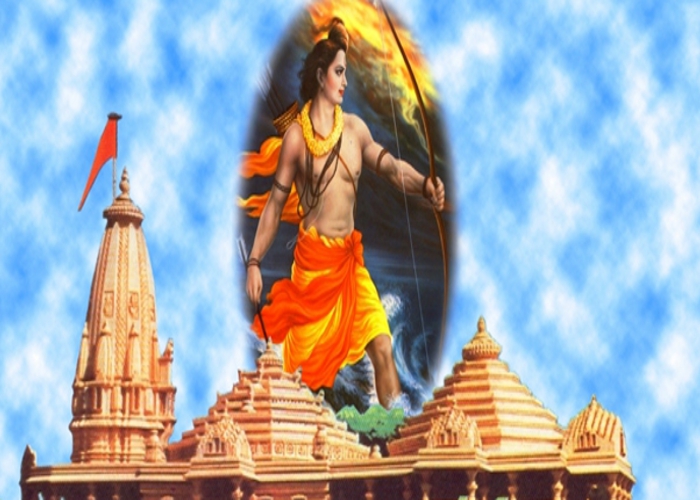 I vividly remember that Sunday afternoon when I was loitering in our neighbourhood along with other children. We were school students then, and apart from cricket, the other topic of our passionate discussion was the ongoing agitation at Ayodhya. A few minutes into our discussion, we saw a hefty man running towards us. He was panting. Tears were rolling down his cheeks as he repeatedly yelled “Jai Shri Ram” (Hail Lord Ram). Before we could react, several others in our locality had joined in and roared back “Jai Shri Ram”. Within minutes almost everybody, including me and my friends, were chanting “Jai Shri Ram” in unison.

The Babri Structure at Ayodhya had been demolished and the news had spread like wild fire. Conch shells were blowing, sweets were distributed, diyas and candles were being lighted.

This was the scene and extent of celebrations at a small colony in Kanpur, an industrial city around 220 kilometres from Ayodhya–the birth town of Lord Ram. Remember this was 1992– a different era with no Facebook, Whatsapp or Twitter. Mobile phones were super luxury and 24×7 television news was nowhere. The only mode of communication were landline phones and word of mouth. Yet, news of the demolition of Babri Structure spread like wild fire and instigated hysterical celebrations all across India.

It’s been more than two decades since that eventful day in 1992, nevertheless I can recall even the smallest details of my life post the demolition of Babri Structure (some historians may call it a Mosque, but I prefer to call it a Structure). And why only I, most of us who were witness to that historic moment will remember every detail of that day. In fact, many historians and commentators like to describe the history of post-independence India as pre-1992 and post-1992. Such was the impact of Ram Janmabhoomi (birthplace) Movement on our lives. This impact has only grown over time.

Recently, the Supreme Court of India restored criminal conspiracy charge against the three senior leaders of the ruling BJP (Bhartiya Janata Party). This, in effect, means patriarchs LK Advani, MM Joshi and a Union Minister Uma Bharti will be tried for a conspiracy that flared up passions of the millions of karsevaks (volunteers) who went ahead and demolished the Babri Structure on 6th December 1992.

In recent years during my interaction with journalists and political observers, especially from the West, a question recurs: “How could a political party (read BJP) whip up mass frenzy on a scale that remains almost unparalleled in post-independence India”?

Well, first things first. The Ram Janmabhoomi Movement was never the brain child of one political party or any of its offshoot. So neither the BJP nor its ideological mentor RSS (Rashtriya Swayamsevak Sangh) or the VHP (Vishwa Hindu Parishad) can claim sole ownership rights of the Ayodhya movement. None of the people in my colony who were celebrating the demolition of Babri Structure were members of the BJP. Hence, it would be imprudent to discuss about the court’s verdict and the subsequent fate of the BJP leaders being tried for conspiracy, but since I have been a witness to the events leading up to the demolition, I can say that emotions ran high among karsevaks (volunteers) and the movement was self-led. Every karsevak (volunteer) saw the Babri Structure as a symbol of slavery and humiliation.

Let’s go back in history to put things into a perspective.

Mughal invader Babur’s commander-in-chief Mir Baki demolished the Ram Janmabhoomi Temple in 1528. The psyche behind temple’s demolition was to prove to the indigenous Hindu population that world order has changed and Babur is the new ruler who is here to take possession of the country, its people and the God. Since Lord Ram is an integral part of India’ psyche, so demolition of his temple at his birthplace would send a powerful message to the locals, was the thought of invaders. Babur thought, if the large Hindu population in India is unable to defend Lord Ram’s temple at his birthplace in Ayodhya then they could be easily subjugated and ruled over.

Yes, Babur did demolish the temple but faced stiff resistance from the then local population to an extent that he was unable to build a grand mosque in its place. It was a hurriedly built “Structure” that resembled a mosque; the minarets, place for ablutions and other essential structures of a mosque were starkly absent. The walls were hurriedly built from the temple remains and had distinct imagery of Hindu Gods–something that is strictly forbidden in Islam.

During Babur’s short rein of four years the then local people fought four battles to regain control of the Ram Janmabhoomi site. The very fact that Babur was unable to build a grand mosque even after being the victor speaks volumes about the resistance he faced from the then Hindu population. And then these fights never stopped. Till 1934 Hindus fought a total of seventy six battles to regain control of the Ram Janmabhoomi site. Be it the rein of Akbar, Jahangir, Shahjahan or the brutal Aurangzeb, at no time did the Hindu population stop battling to re-gain control of the Ram Janmabhoomi site. After India’s independence in 1947, this fight shifted to the court rooms. So, while earlier the battles were bloody and violent with time it has now become judicial.

Oftentimes it is said that much fuss is made about a temple site and that it can be built at any other place in India. Well, for Hindus a temple at the Ram Janmabhoomi site is not an issue of mere bricks and mortar. It is an issue of our cultural resurgence and identity, where Lord Ram has a prime place of importance. The movement is an expression of the collective consciousness of the Hindu ethos, their honour and dignity. Apart from the temple, this piece of land, is also revered by virtue of being the birth place of Lord Ram.

Any interpretation of the Babri Structure, which was built after the demolition of an existing Ram Janmabhoomi Temple, other than as a monument which celebrates slavery will clearly indicate that Hindus are being asked to live with the feeling of humiliation that Babur wanted to inflict on them as “conquered people”.

Now where does this leave the India’s Muslim population? Since it was never a mosque the Babri Structure is not a holy place for Muslims and there is absolutely no need for them to own up the barbarism of Babur and others like him. In 1857, the year when India fought its first war of independence against British colonialism, Amir Ali the local Muslim leader from Ayodhya announced that Muslims must hand over the Babri Structure to Hindu brethren. Unfortunately, the rebels lost the 1857 war and the British Army hanged Amir Ali and his associate leader Ramcharan Das from a tamarind tree on March 18, 1858. For several years, this tamarind tree was worshiped by both Hindus and the Muslims. The developing camaraderie between Hindus and Muslims worried British colonial rulers. Soon they uprooted the tamarind tree that was turning into a rallying point for the indigenous population. Sadly, this portion of history is skipped in present day narrative.

Further, a little bit of historical research proves that the present day Indian Muslims are converts from Hinduism and it is their forefathers who died fighting the marauding army of the likes of Babur. Later on, their families were forced to convert to Islam by the invading Mughal army. The right way for Indian Muslims is to distance themselves from such acts of vandalism and barbarism of the past.

Similar examples from around the world

We have many precedents of such acts from across the world. When the Germans are asked to apologize for the crimes of Hitler, they never hesitate to do so, clearly indicating that they do not own Nazism.  Around the 12th century, Spain was conquered by Moors and the people were forcibly converted from Christianity to Islam. In the 16th century, when Christians recovered the whole of Spain from Moors they gave Muslims in their country only three choices–reconvert to Christianity, leave the country along with the Moors, or be killed. All the Muslim places of worship were converted back to Christian churches.

In 1918 in Warsaw, at the end of first Russian occupation of Poland, one of the first things that Polish people did was to bring down the Russian Orthodox Christian Cathedral that was built by the Russians in the centre of the town. This was done despite the fact that Poles are Christians and Jesus Christ was worshiped in that Cathedral. The Poles demolished the Cathedral built by Russians only because they viewed the Cathedral not as a place of worship, rather as a structure that reminded them of their slavery. The question in these cases was about restoring the nation’s honour and disassociating from the barbarism of yesteryear.

The Babri Structure was a similar construction that reminded India of the savagery of foreign Islamic rulers and so its demolition was celebrated all across the country. A grand temple at the birth place of Lord Ram will instil a sense of pride for Indians in their rich cultural heritage and correct the historical wrong.